The immune system is one of the most important and most powerful parts of the body. It’s responsible for fighting off disease that comes in the form of germs, bacteria, viruses, and cell mutations. With such an important task, of course you’d want to do everything within your power to protect your immune system. If you drink regularly, though, it’s likely that you’re actually harming it — especially if you tend to drink in excess. Indeed, alcoholism is often a precursor to immune issues that thwart your body’s natural ability to fight disease. Learn about the diseases caused by alcohol abuse, including the adverse impact it can have on your immune system. 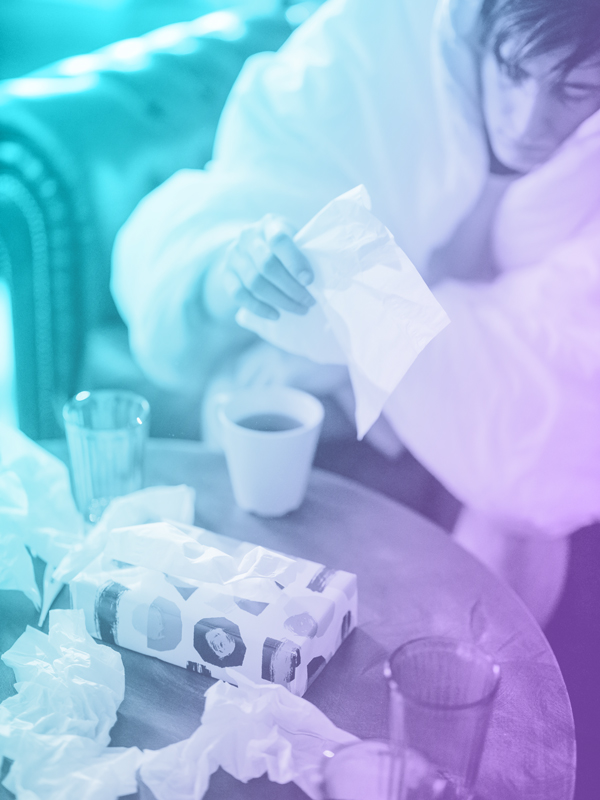 How Does Alcohol Impact the Immune System?

The relationship between alcohol consumption and immune health can vary based on an individual person’s health status and drinking habits. Despite standard variables, though, the fact remains that alcohol is linked to a series of adverse health outcomes, including inhibition of the immune system.

One of the worst effects of alcohol is the inflammatory response in triggers throughout the body. Alcohol acts as a systemic inflammatory when it is consumed heavily due to the reactive oxygen species that are produced as your body’s response. This type of free radical molecule is an unstable reactant that can damage DNA, RNA, and vital proteins within the body. Before this happens, though, the surge in reactive oxygen species will stimulate inflammatory responses as your body metabolizes the alcohol.

This process — called hypoxia — deprives your body’s tissues and organs of sufficient oxygen. It includes symptoms such as the following:

In severe cases, hypoxia can be fatal, and alcohol can be a particularly dangerous substance due to the ethanol that is contained in all alcoholic drinks. Research shows that the combination of alcohol and ethanol can inflict a greater degree of damage to cells in persons experiencing hypoxia.

Yet another aspect of alcohol’s impact on the immune system is its detrimental effect on a person’s quality of sleep. Research confirms that drinking alcohol before going to bed is linked to disrupted sleep patterns. This is because alcohol loses its sedative effect when the body starts to metabolize it, and the liver enzymes that are used in the metabolism process can interfere with sleep. Lack of sleep is directly linked to impaired immunity, further confirming alcohol’s detrimental impact on the overall function and strength of a person’s immune system.

How Does Alcohol Affect Somebody with an Autoimmune Disorder?

It’s estimated that 23.5 people in the U.S. live with an autoimmune disease. These disorders cause the immune system to mistake healthy cells in a person’s body for harmful foreign threats. In turn, the immune system will attack these cells and cause a person to become sick. How is an autoimmune disorder impacted by alcohol consumption — and can drinking make it worse?

Irritable bowel syndrome (IBS) is one of the most common autoimmune disorders, and its affects an estimated 10 to 15% of people in the U.S. Perhaps because of its prevalence, the relationship between alcohol and IBS has been well documented in research. Unfortunately — but unsurprisingly — this research indicates that heavy alcohol consumption consistently worsens the symptoms that are associated with IBS. This can be attributed to the effect of alcohol on the gastrointestinal system. Heavy consumption can permanently alter the number and quality of microbes in the biome of your gut. These microbes aid in normal digestive function, so when they are depleted or damaged, it exacerbates the intestinal inflammation that is caused by IBS.

Type 1 diabetes is another one of the most common autoimmune diseases, affecting approximately 1.6 million people in the U.S. The disease is characterized by the body’s destruction of the pancreatic cells that create insulin, causing blood glucose to be too high and insulin to be too low. Excessive alcohol can be dangerous for anybody with Type 1 diabetes because it increases the likelihood of hypoglycemia. Furthermore, heavy drinking is associated with increased insulin resistance, which can be deadly for a person who has Type 1 diabetes.

This risk is due to alcohol’s impact on a person’s blood sugar. In moderation, alcohol can cause increased blood sugar, but in excess, it has the opposite effect, often causing a drinker’s blood sugar to plummet. The sugar and calories that are typically contained in alcoholic drinks contribute to this effect and increase the blood glucose level temporarily before it suddenly drops. It’s important to remember, too, that blood sugar levels can fluctuate as a reaction to alcohol as long as 12 hours after consumption — so it’s unsafe for anybody with Type 1 diabetes to drink excessively.

Does Alcohol Cause Autoimmune Disorders?

Research confirms that alcohol often has a detrimental effect on the body’s immune system and typically exacerbates symptoms associated with autoimmune disorders. This prompts an additional question — can excessive alcohol consumption actually cause an autoimmune disorder? The answer is complicated, but it’s worth understanding.

Alcoholic cirrhosis is a devastating consequence of continuous, excessive alcohol consumption. It is a late-stage disease of the liver that is caused by the formation of scar tissue that replaces previously healthy, functioning liver tissue. It is the culmination of years of alcohol abuse and it is not reversible. The liver is an integral part of your immune system, providing your body with the ability to identify potential pathogens and eliminate bacteria and viruses that may cause a threat.

The study revealed that a diagnosis of each of these autoimmune disorders is more likely once a person has been diagnosed with alcoholic cirrhosis. Though this may not confirm an explicitly causal relationship, it does confirm that excessive alcohol consumption makes you more vulnerable to the development of an autoimmune disorder.

In addition to a heightened likelihood of an autoimmune disorder, excessive alcohol consumption can cause a general instance of immune deficiency. An immune deficiency is a chronic impairment of the immune system’s functions, leading to an increased vulnerability to bacterial, viral, or fungal infections. Though this is different than an autoimmune disorder, it can be just as devastating and cause grave illness in sufferers. Continuous consumption of alcohol is likely to worsen symptoms and further debilitate the immune system’s strength.

Help Is Available for Alcohol Abuse and Addiction

If you’ve struggled with substance abuse, including alcoholism, you likely already know about the detrimental effects it can have on your health. You’ve probably experienced it firsthand. Despite its continual impact on your health and wellness, though, it might seem impossible to quit drinking. If this describes you, you aren’t alone. It’s estimated that one in eight adults in the U.S. battle alcoholism. Clean Recovery Centers helps people like you in the greater Tampa, FL area looking for solutions and strategies to overcome addiction to alcohol. If you’re ready to start the next chapter of your life, call us today at 888-330-2532.