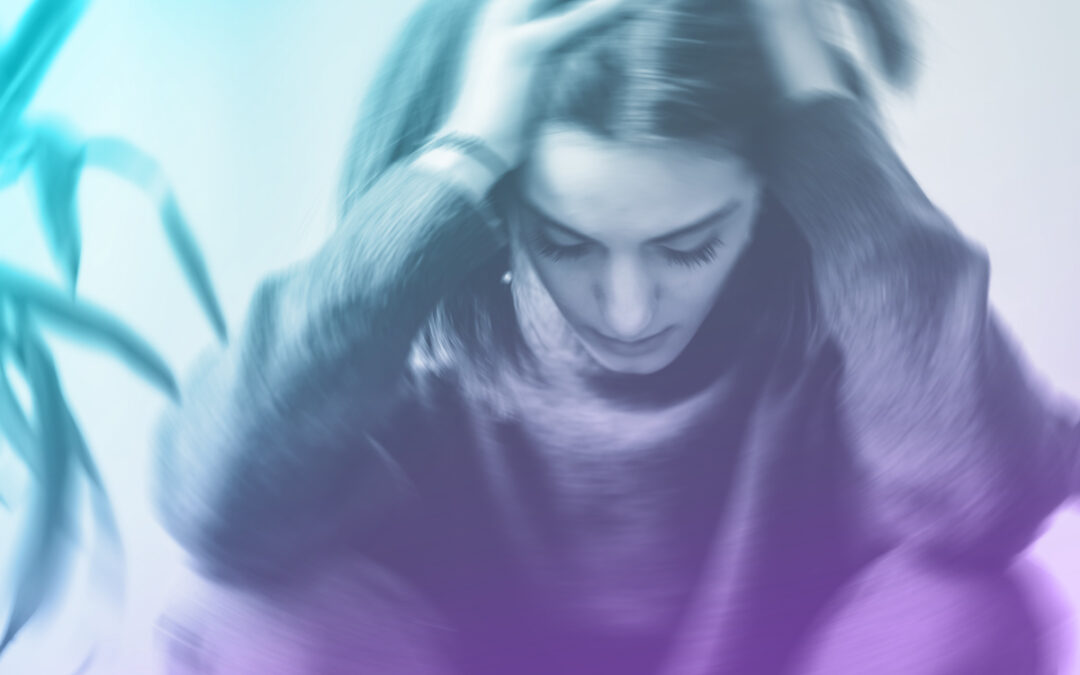 According to the National Institute of Mental Health, every year, approximately 2.7 percent of American adults struggle with panic disorder, which is the condition associated with panic attacks. Additionally, over their lives, up to 4.7 percent of American adults will experience panic attacks. At the same time, the National Council for Mental Wellbeing reports that substance use disorder is an issue for around 8 percent of adults. 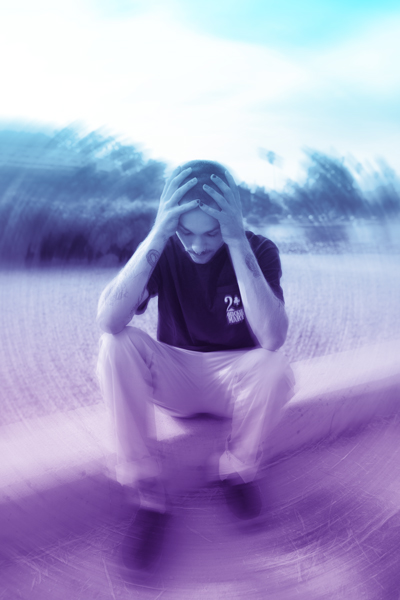 What Are the Symptoms of Anxiety?

Most people exhibit signs of anxiety from time to time without developing an anxiety disorder. For example, if you almost get in a car accident and you’re nervous for the rest of the drive, your body is exhibiting a healthy response to that stressor. When anxiety symptoms are long-lasting or unrelated to environmental triggers, though, it may be time to seek treatment for anxiety disorder.

Many anxiety symptoms are mental, including uncontrollable thoughts and increased anxiety about dying. Insomnia, extreme stress, and regular feelings of panic are also symptoms.

Other symptoms involve the body, leading some patients to think they are physically ill. They include chills, sweating, difficulty breathing, vertigo, unusual heart rhythms, nausea, and soreness. Because these symptoms are related to several serious diseases, it’s a good idea for anxiety patients to have a physical or bloodwork conducted when they start exhibiting these issues.

What Are the Symptoms of Panic Disorder?

Panic disorder is a subtype of anxiety disorder that is characterized by panic attacks. During panic attacks, people feel as if they are going to die or something terrible is going to happen. They often exhibit the same symptoms as other kinds of anxiety disorders, such as shortness of breath and lightheadedness. These symptoms may occur because of an environmental stressor, or they may happen on their own.

Panic attacks can happen just once during stressful situations, or they can happen again and again. Generally, people who have panic disorder begin to dread their panic attacks, which can in turn trigger a new episode.

Which Drugs Can Worsen the Symptoms of Panic Attacks?

For people who struggle with panic disorder, consuming most drugs can worsen these symptoms. Many people think of marijuana as a depressant, meaning that it relaxes consumers’ bodies, but it is also a stimulant. As a result, abusing marijuana can make anxiety symptoms worse or trigger the feelings that come with panic attacks.

Alcohol is also both a depressant and a stimulant. When people are intoxicated, they may become stressed about their lack of control over their bodies and minds, triggering panic attacks. Furthermore, when people begin abstaining from alcohol, their withdrawal symptoms can take the form of panic attacks and other anxiety symptoms. Some patients end up relapsing because of their anxiety about experiencing more withdrawal-related panic attacks.

Drugs that are only stimulants are also associated with panic attacks:

Because these drugs speed up the brain’s functioning, they are likely to trigger the uncontrollable thoughts or feelings of death associated with panic attacks.

What Are the Long-Term Effects?

For people with panic disorder and substance abuse disorder, there are many long-term effects. Continual consumption of drugs can lead to many diseases and even death:

There are also long-term effects outside of patients’ personal health. People with substance abuse disorder often have trouble developing healthy relationships with their families, coworkers, and friends. At the same time, panic disorder makes many patients afraid of leaving their houses or going into stressful situations that may trigger new attacks. Because of these social and work-related difficulties, many people with the comorbidity of panic disorder and substance abuse disorder struggle to keep up with their responsibilities at school, work, or home.

What Cognitive Treatments Are Available?

Although it can be hard for patients with this comorbidity to seek help, if they do, there are many ways for doctors to assist them. The best treatment plans address the symptoms and causes of both substance use disorder and panic abuse disorder.

Most treatment plans include cognitive behavioral therapy, which helps patients identify dangerous ways of thinking and catch themselves before panic attacks and other symptoms set in. Sessions generally involve one patient and one therapist discussing the patient’s current emotions and thoughts and how these feelings affect his or her daily life. Together, the patient and therapist come up with coping mechanisms to give the patient more control over his or her life.

For many people with substance abuse disorder, their use of drugs is a coping mechanism for stressful situations. During CBT, therapists help their patients develop new coping mechanisms:

A combination of physical and mental coping mechanisms usually leads to the most successful outcomes.

What About Prescription Medications?

Frequently, therapists prescribe medication to support their work in CBT. Selective serotonin reuptake inhibitors are the most commonly prescribed medications for the dual diagnosis of substance abuse disorder and panic disorder. Scientists are still studying how effective these drugs are for treating drug-related disorders, but SSRIs are already common for depression diagnoses.

More specifically, doctors may prescribe topiramate for people with panic disorder and difficulty with cocaine. Similarly, sertraline and paroxetine are common treatments for patients who have alcohol dependence and panic disorder. For the best results, doctors prescribe each patient a medication, observe his or her symptoms, and adjust the dosage or suggest a new medication based on any side effects.

What Are Some Other Treatment Plans?

Because substance abuse disorder and panic disorder are so complicated, some patients cannot receive treatment for both issues at the same time. In these cases, each patient’s team of therapists and doctors works with him or her to make the best treatment plan. In other situations, additions to CBT such as group therapy are helpful. Some patients also live in rehabilitation facilities for a while, where they are separated from environmental triggers in their homes and neighborhoods.

Getting help for substance use disorder and panic disorder is critical for achieving good outcomes with this comorbidity. To learn more about the relationship between drug use and panic attacks and to find the right recovery approach for you, reach out to Clean Recovery Centers via email at [email protected] or by phone at 1-813-548-5154. You can also visit submit a request for help online.