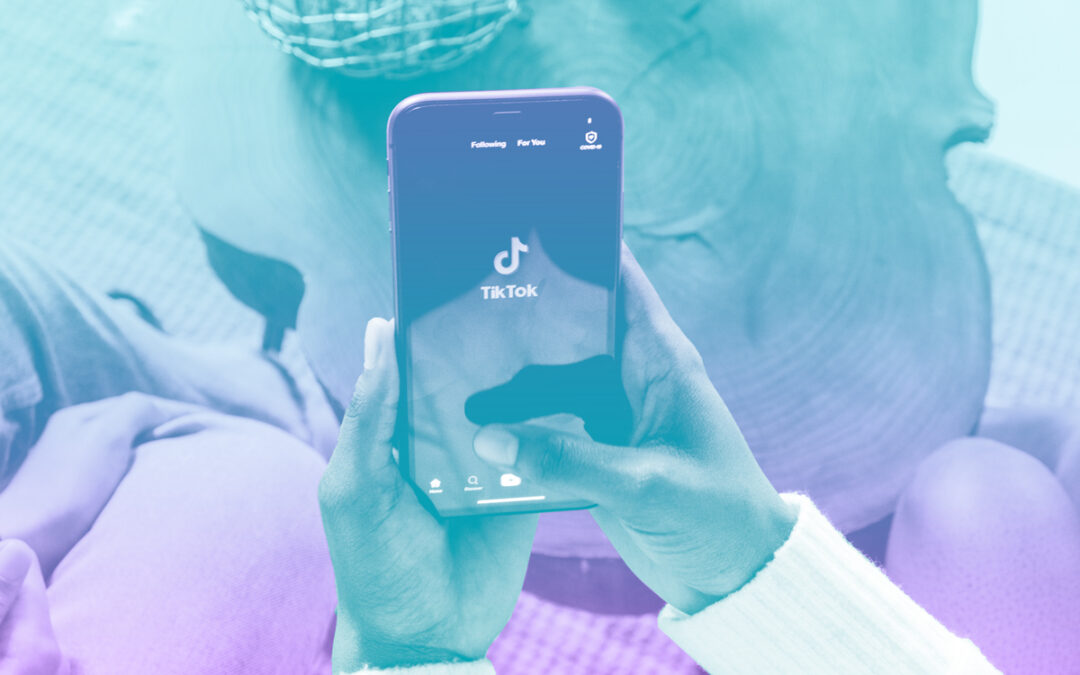 Since its introduction in 2016, TikTok has become one of the most popular social media platforms for kids and teens around the world. According to the Pew Research Center, in fact, a stunning 48% of adults in the U.S. between the ages of 18 and 29 confirm that they use TikTok. With nearly half of all surveyed young people engaging with this platform, it’s worth questioning what kind of media and messages they’re being presented with. Unfortunately, the answer isn’t always good — and in some cases, it’s dangerous. Although TikTok’s Community Guidelines strictly prohibit videos depicting or promoting drug use, an alarming trend has emerged, skirting these standards and glorifying drug abuse. Don’t fall prey to the following TikTok trends that encourage casual drug use and abuse. 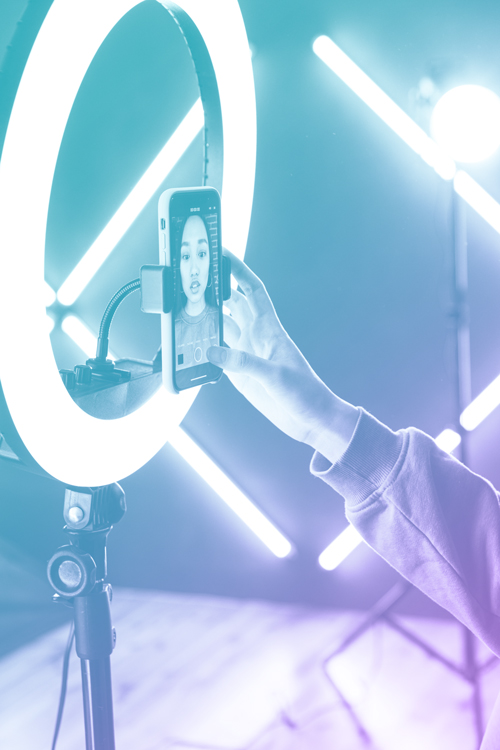 How Does TikTok Promote Drugs?

TikTok has been a lightning rod for critique as many viral challenges have originated on the platform and garnered controversy. Some of these challenges involve violence, self-harm, and bullying. Many of the most dangerous ones involve drugs. These are some of the most popular yet pernicious drug-themed trends spreading across TikTok.

In September 2020, news broke of an Oklahoma teenager who had reportedly died while attempting the so-called Benadryl Challenge. The victim was mimicking TikTok users who documented their consumption of massive amounts of Benadryl and dared other users to do the same. Unfortunately, diphenhydramine — the active ingredient in Benadryl — can cause cardiac arrest, seizures, and stroke. Despite this tragic incident, some users are still participating in the trend and posting it on TikTok. The challenge exploits many young people’s erroneous belief that over-the-counter drugs cannot be dangerous.

Molly is one of the most ubiquitous illicit drugs found throughout content on TikTok. The drug — also called MDMA or ecstasy — is the subject of videos found on the platform’s #SniffTok hashtag. These uploads vary wildly, with some depicting the drug-fueled panic attacks of young users and others depicting attempts at benign social challenges while under the influence of these drugs. Many of these videos play a dangerous game, though, simply by normalizing the casual use of hallucinogenic drugs. Like the Benadryl challenge, there are potentially deadly consequences. Several cases of MDMA laced with fentanyl have been reported throughout the U.S. Fentanyl is a synthetic opioid that can be fatal even in minuscule doses.

TikTok has made muted attempts to reign in the platform’s drug-themed content by banning hashtags such as #cocaine and #heroin. Of course, these efforts haven’t eliminated problematic content — it’s just forced it to move elsewhere. In the case of cocaine, this content has become prevalent across the #SeshHead hashtag. Many of the top content creators in the hashtag elude censorship by creating sly comedic videos laden with innuendo. It doesn’t take much research, though, to realize that these users are typically referencing — and glorifying — cocaine. Like MDMA, cocaine poses a fatal threat to users due to the possible presence of fentanyl.

Of all the drug-fueled corners of TikTok, the #TripTok hashtag may be the most well-intentioned. Many #TripTok creators document and post their experiences on psychedelic drugs such as psilocybin, LSD, and DMT under the pretense of informing and enlightening viewers. This is a departure from users promoting cocaine or MDMA use who typically focus on the shock value of their drug use. Don’t be fooled, though — #TripTok still sets a dangerous precedent of normalizing the use of illegal drugs. Like any other drug, psychedelics and hallucinogens can still be abused.

With the prevalence of drug use and abuse throughout TikTok content, you might wonder — why does the platform allow this content to continue? Isn’t it irresponsible not to censor drug-themed videos that are watched by viewers as young as eight years old? The answer likely has a lot to do with the expenses associated with censorship and the profit earned from popular users who promote drugs. Still, TikTok has made some modest efforts to censor drug-themed uploads, including the following.

At the beginning of 2020, TikTok introduced its new set of Community Guidelines, which outlined ten categories of censored or prohibited content. Among those categories is “illegal activities and regulated goods,” with a subcategory or regulations relating to “drugs, controlled substances, alcohol, and tobacco.” These guidelines include specific prohibitions against streaming, sharing, or uploading content that “depicts or promotes drugs.” The standards also disallow any content that shows how to make, where to buy, or how to use illicit drugs.

Unsurprisingly, TikTok’s new community standards were not particularly effective in scrubbing drug-related content from its platform. Users continued to upload videos with prohibited content and thinly-veiled promotion of drug abuse. TikTok took further action — yet still remarkably insufficient — by banning certain keywords in addition to drug-related hashtags. As a result, videos that use drug keywords such as “cocaine” or “heroin” in the description were flagged and often removed. Users noticed this, though, and simply began using variations of the banned keywords — for example, “her01n” in place of “heroin” — thus allowing the problem to persist.

Is TikTok Actually Causing Teens to Use Drugs?

With the prevalence of drug-themed content on TikTok, the question emerges — how does this content impact the young users of the platform? Are young people actually engaging in more drug use, or is this a performative ploy that exists in the confines of social media? It’s difficult to establish a clear cause-and-effect relationship between TikTok and drug use, but there are some interesting trends that may be cause for concern.

MDMA and cocaine — two of the drugs most commonly depicted and promoted on TikTok — have been at the center of much research in recent years. Though reports offer varying perspectives, some indicate a clear trend of increased usage of these drugs. One study done in the U.K. documented a significant boost in users’ admitted consumption of MDMA and cocaine throughout 2017 and 2018. This coincides with the explosion of TikTok, prompting the question of whether the two phenomena are correlated. These statistics are disheartening, but fortunately, there is also research suggesting that teen drug use is steadily decreasing.

If you’re startled by the nonchalance and prevalence of drug use across TikTok, you’re not alone — and you’d be forgiven for assuming that the platform is doomed. Though there is no shortage of content that’s problematic, there’s also an inspiring trend of content that’s markedly positive. Alongside the shadows of drug-themed TikTok accounts, there is a burgeoning community of users who are promoting recovery from substance abuse. Recovery TikTok is a unique social trend offering advice, encouragement, and stories from people who are committed to overcoming drug abuse and alcoholism.

One study noted the positive impact that these videos can have in discouraging drug use and promoting resources that help those with substance abuse disorders get help. In a way, recovery TikTok is the antidote to drug TikTok, normalizing the acknowledgment of substance abuse and validating users’ individual journeys towards recovery. The study also noted the importance of “digital recovery narratives” in establishing social support for users seeking inspiration in their own recovery from drugs or alcohol.

@candacecampbell_ My heart breaks for the girl in that picture #fy #tattoos #sober #sobertok #recoverytok #wedorecover ♬ that was like my first... love - 😩🤞

Get the Help You Need to Overcome Addiction

TikTok has normalized substance abuse and incentivized many young people to engage in potentially deadly activities. Unfortunately, though, substance abuse existed long before TikTok — and it will continue to exist long after TikTok, too. It’s estimated that over 40 million people in the U.S. struggle with this problem, but only a fraction of those people get the help they need. If you’re part of this group, you can break the cycle by reaching out and getting help. Clean Recovery Centers serves people in the Tampa, FL area who want to overcome addiction. Call us at (813) 548-5154 or reach out to us online to learn more.