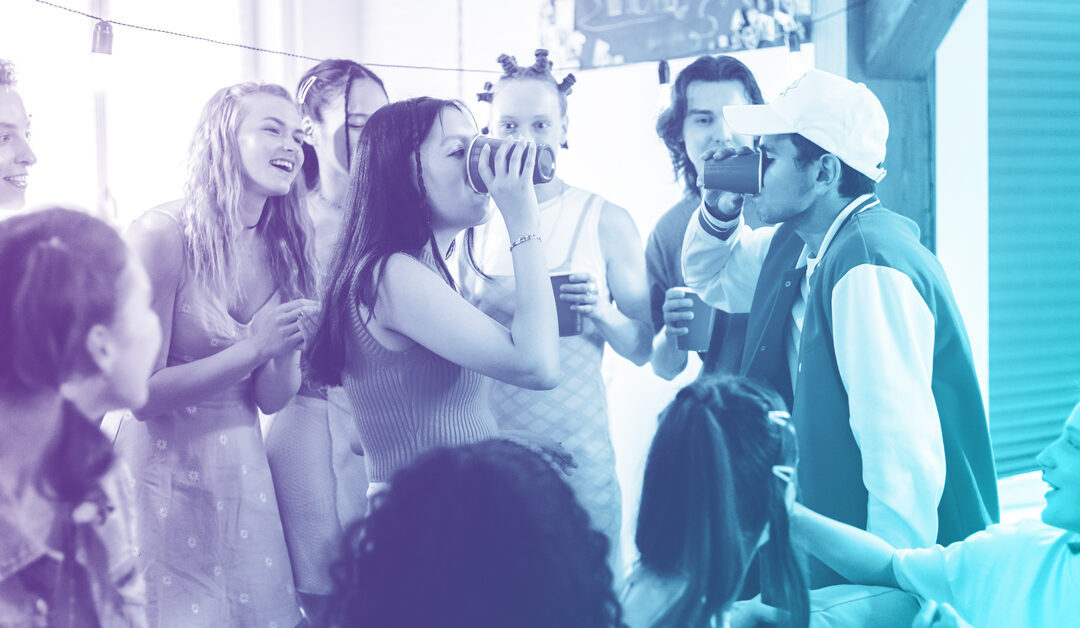 Although alcohol abuse has decreased somewhat over the past few decades, teen alcoholism is still a very real and prevalent problem. Knowing the signs of alcohol abuse disorder in teenagers can help family members, caretakers and friends recognize when their loved one may be dealing with a compulsive relationship with alcohol.

Alcoholism or alcohol use disorder is a chronic disease that occurs when a physical and mental dependence on alcohol is present. Individuals who suffer from it may struggle to refrain from drinking or stopping after drinking a reasonable amount, even when it is detrimental to their health, relationships, responsibilities and lifestyle.

Often, issues with alcohol use in teenagers are related to mental health problems they may be experiencing, including anxiety, depression and dealing with trauma. For many teens, alcohol is a way of self-medicating when they are struggling. A family history of addiction or alcoholism can also increase a teen’s likelihood of developing alcohol use disorder. 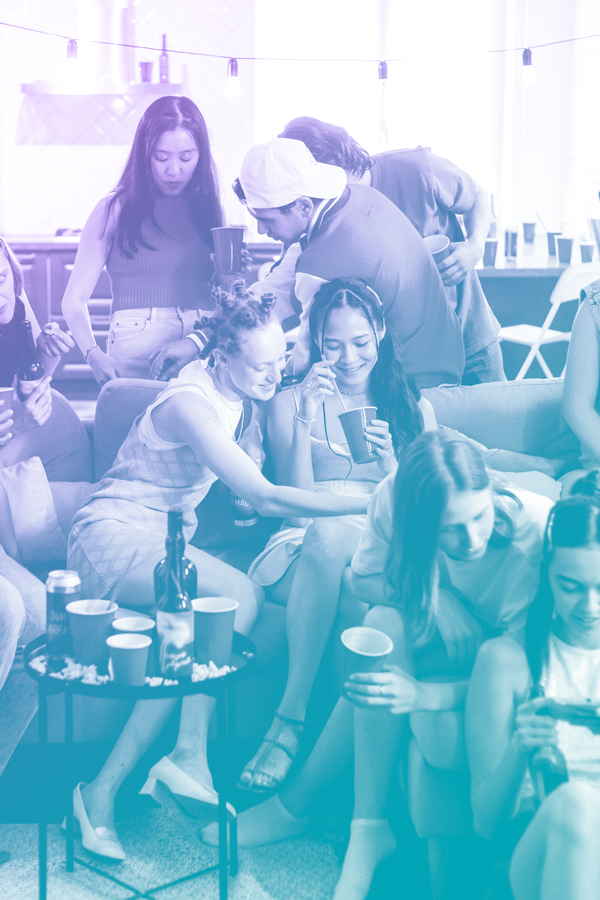 Signs and symptoms of alcohol use disorder can present very differently between people. They may be behavioral and emotional as well as mental and physical. One teen may exhibit signs of alcoholism through argumentative behavior while another will show it through withdrawing and another still might show it with both, being very combative one minute and very passive the next.

Empty alcohol bottles can be a very blatant sign that there is a problem, but in most situations, the signs will be more subtle. Because these symptoms can vary so widely, it’s important to use this list in the context of the teenager you know.

Often, physical symptoms are the most easily identified because they are unrelated to the emotional upheaval that adolescence can cause quite naturally. Serious changes in grooming and hygiene can indicate a problem. Look for the following signs:

While physical symptoms may be easiest to identify with confidence, behavioral symptoms can be just as significant. In particular, changes in your teenager’s behavior may be the strongest indicator there is a problem. If your adolescent is usually very concerned with his appearance or she is usually very agreeable and suddenly he starts showing a disregard for how he looks or she becomes argumentative, these can be signs of a larger issue. If your child is typically haphazard in his dressing or she is often confrontational, the continuation of these behaviors is not an indication of a possible problem.

During adolescence, teenagers are also trying to establish their independence and ability to manage their lives on their own. For some teenagers, this means they will want to spend a lot of time on their own or with their peers as opposed to time at home or interacting with the family. This is natural behavior, but extreme versions of this may indicate that they are trying to hide their abuse of alcohol from you or are running with a crowd that encourages and facilitates alcohol use.

While behaviors will vary from teen to teen, in general, parents and caregivers should be on the lookout for these behavioral symptoms in their adolescents:

The abuse of alcohol in teens is often the result of dealing with mental health problems they are experiencing and trying to self-medicate. Often, big emotions like anger and sadness feel overwhelming to adolescents and drinking alcohol may soothe them and make them feel like they are more in control of their emotions. Teenagers who struggle with anxiety and depression are more likely to engage in risky behaviors with alcohol. If your teen has a history of anxiety or depression, keep an eye out for changes in behavior.

Mood swings can also be an indicator that a teen is abusing alcohol, but this may be difficult for parents and caregivers to recognize as mood swings can also be a totally normal part of adolescence. Extreme swings toward aggressiveness or agreeableness can be indicative of a teen using alcohol. If your child is experiencing mood swings but shows no other signs of alcoholism, though, it is likely they are simply dealing with the hormonal changes and stressors that all teens go through.

Teens who suffer from alcohol abuse disorder often struggle to concentrate or pay attention. They may also have problems with their short-term memories. The impact of alcohol abuse on a teenager’s brain is anything but short-term, though.

Research has shown that the abuse of alcohol in teens can lead to serious issues with brain development. Adolescence is a crucial time in a child’s development, with the brain in a time of transition as neurons are forming, previous connections are lost and new ones are created. The frontal region is believed to be where the control of memory, motor behavior, impulses and decision-making are located.

While alcohol can negatively affect these in adults, as well, those who begin abusing alcohol later in life have at least already gone through the critical developmental stages required to establish a brain’s ability to navigate these things. Teenagers who develop a dangerous relationship with alcohol, on the other hand, may have the ability to manage their emotions and mental faculties damaged before that part of the brain has even had the chance to properly develop, and once that period of time has passed in a person’s life, there is no going back.

For some parents and caregivers, it may not be signs of the drinking itself that shows there is a serious problem but the teenager’s withdrawal symptoms. Withdrawal from alcohol can be extremely dangerous, and a person who is trying to quit should do so under the guidance of professionals when possible. While withdrawal can look different between people, there are many very common signs to be on the watch for:

Treatment for Alcoholism in Teens

Just as adults with alcoholism can benefit from a professional treatment program, so can teens. For many, this program will involve phases, the first of which is usually detoxification. During detox, a patient is supported as they quit abusing alcohol and possibly experience symptoms of withdrawal. Under the care of health professionals, patients can receive the physical and emotional support they need to make it through this difficult time.

After detox, many patients can benefit from a residential stay. During this time, patients receive round-the-clock care and support in their recovery. Patients may take part in individual, group and family counseling and may work with a professional to build skills for the future and tools they can use in their life after quitting alcohol.

Once the more intensive care is finished, most patients will move on to maintenance care. This may include continuing mental health services that can help rebuild confidence and may involve addressing issues such as anxiety, depression and trauma that led the teen to start abusing alcohol in the first place. Each person’s path of recovery looks different, but with professional support, patients can grow from their experience and move forward into the type of life they desire.

Take the First Step Toward Recovery

If you believe your teenager is struggling with alcoholism, know that there is hope. With the right treatment, your adolescent can make a full recovery and go on to lead a happy and healthy life. Reach out to the professionals at Clean Recovery Centers today to learn more about your options and get your teen’s life back on track.