The Illusion of Functional Alcoholism

The Illusion of Functional Alcoholism

Alcoholics in the media are often portrayed in one of two ways: They either appear grizzled, unwashed, and borderline homeless (or actually homeless) in an effort to show that their alcoholism has destroyed their entire lives, or they hold everything together with such charm and finesse — like Don Draper in Mad Men — that you could be forgiven for thinking that alcoholism is no big deal at all. Both stereotypes are dangerous, and both offer a portrayal of alcoholism that is not quite the truth. “Functional” alcoholics are generally thought of as people who can hold down a normal life while nursing a massive addiction on the side.

The illusion here is that these men, women, and even teens are actually functioning. Sure, they’re walking around, working, and possibly pretending to be sober at work when they aren’t, but they are not “functioning” in the true sense. Something in their lives will have to give eventually, and sooner or later, the addiction will win. Read on for more information about how slippery and dangerous the idea of functional alcoholism can be — and why you shouldn’t buy into the idea that you can live a fulfilling life in the shadow of addiction. 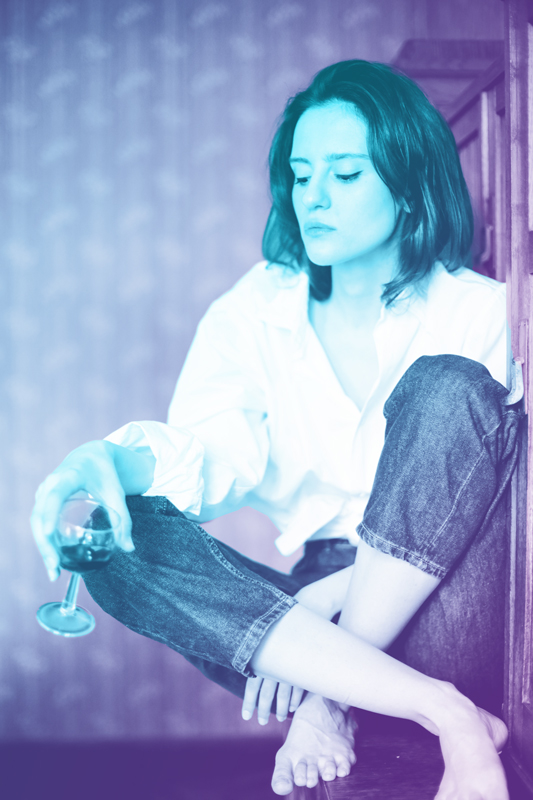 What Is Alcohol Addiction?

The CDC defines “heavy drinking” as having more than 15 drinks a week for men and 8 a week for women. Unfortunately, being male greatly increases your chance of being a binge drinker or an alcoholic in general. Someone can drink heavily without being an alcoholic, and another person may not drink as much but he or she may be under the influence of his or her addiction. Heavy drinking can cause numerous health effects.

Many functional alcoholics truly don’t think they have a drinking problem, and if this describes you, you may want to go through this checklist to better understand whether you are displaying signs of addiction. It’s possible that you are a relatively happy, stable person, but you always drink — and you can’t stop yourself from drinking too much — to relieve stress. In general, the warning signs of alcohol addiction can be physical, mental, and emotional. They may include the following:

What Is a “Functional” Alcoholic?

Despite the fact that the term is common, there is no such thing as having a case of “functional alcoholism.” It’s not a medical diagnosis, but it is very useful in the sense that it describes a subset of alcoholics who manage to hold down a job, raise kids, and act as members of their community while having one foot in the world of alcoholism. They may not drink every day, but when they do, they might seriously overdo it. They may use alcohol to reward themselves at the end of the day, and on occasion, and you may find them drinking secretly.

Their family and friends may not even be aware of their alcohol abuse, but this doesn’t mean the disease is invisible: Those around them may notice rapid mood swings, weight changes, physical shaking, sweating, and insomnia. Some may guess why, and others will remain perplexed as to why their boss’s hands start to shake at the end of every workday, or why a roommate frequently complains of headaches or displays rapidly shifting moods. Functional alcoholism can be nearly invisible, but it can also be scary and confusing for those around the person in question.

Myths You May Believe About Functional Alcoholism

1. They Don’t Really Have a Problem

Alcoholism is a problem regardless of whether it destroys someone’s life or not. If you are using alcohol to drown out uncomfortable feelings, self-medicate your stress, or numb a painful childhood, this is a serious issue that needs to be addressed as soon as possible. Everyone has a bad day now and then when they may drink too much, but if you find yourself living in that space, it’s time to get help.

2. Their Alcoholism Is Invisible

Some functional alcoholics become very, very good at acting like they aren’t alcoholics. Some don’t do as well, and they end up losing jobs, being estranged from family and living in poverty due to their addiction. For many, it’s just a matter of time before their disease catches up to them. The people in the first category may think they’ve completely hidden their alcoholism — or maybe they’re in denial of it themselves — but it’s more likely that those close to them notice idiosyncratic behavior, mood swings, or the disconnectedness from family life they display. Even if no one knows what’s wrong, their alcoholism grows in the background of their lives, taking its toll.

3. They Live on The Brink of Poverty

If you find yourself thinking this way — that you are able to “handle it” or that you have managed excessive drinking so long that you know what you’re doing — please consider having a talk with a licensed counselor about alcohol addiction treatment or speaking to a trusted friend confidentially. You may not realize the extent of your drinking, or you may be embarrassed or ashamed to talk to anyone about how it’s affecting your life. Remember that you did not cause your addiction and that there is help available should you choose to seek it.

If you or a loved one is struggling with alcoholism — whether it can be called “functional” or not — you need help to recover and begin a sober life. Hopefully, you realize that functional alcoholism is just as serious as traditional alcoholism. At times, this hidden disease can be deadlier because those around the functional alcoholic may ignore the signs until it is too late if he or she appears to be living well. Call Clean Recovery Centers today at 888-330-2532 to talk to someone today about taking the first steps to attaining sobriety.