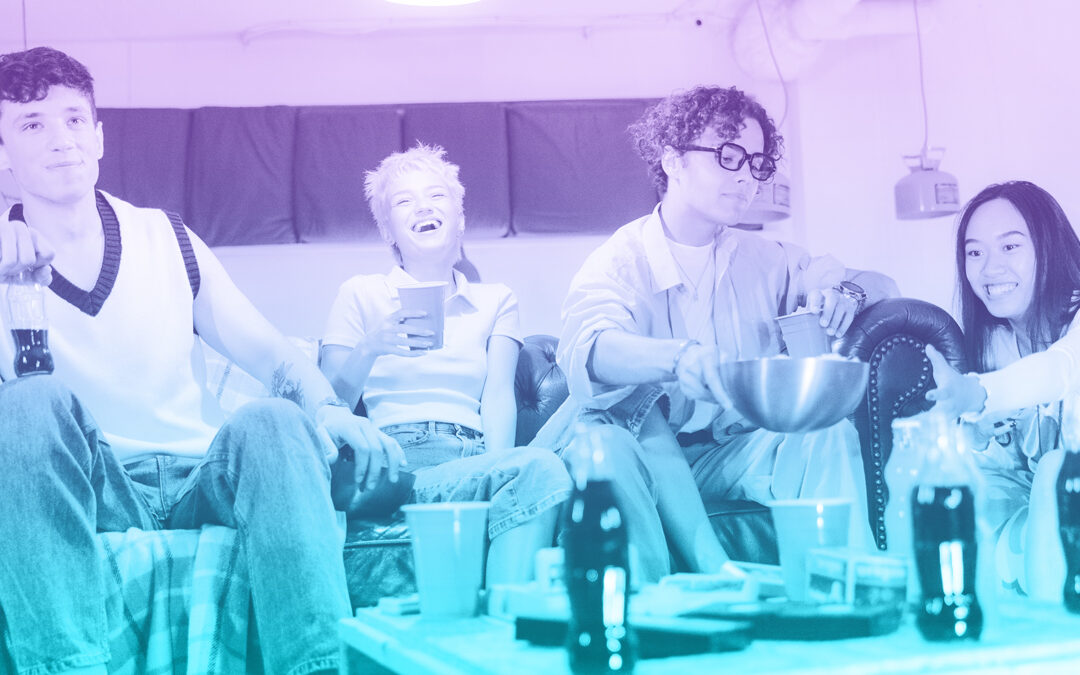 The National Center for Drug Abuse Statistics reports that, as of 2019, teenagers in Florida are 5.5% less likely to use drugs in a given month than youth elsewhere in the United States. While that’s good news in one respect, hundreds of thousands of adolescents in the state regularly use drugs and alcohol, especially marijuana. Florida follows a data-driven model to determine how best to tackle the problem of teen drug use in Florida. 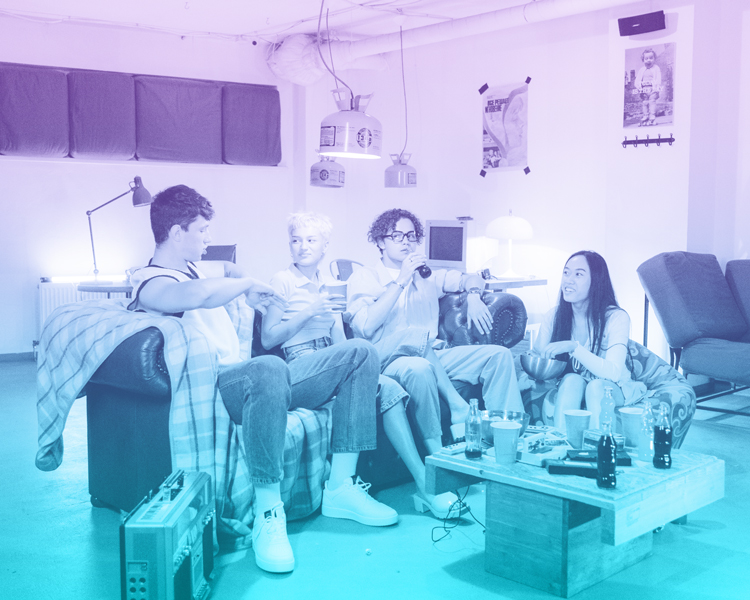 One tool that Florida uses to assess the state of teen drug use is the Florida Youth Substance Abuse Survey or FYSAS for short. This annual study is a cooperative project between the Department of Children and Families, the Department of Education, and the Department of Health. Every year in the spring, the state administers a survey called “Communities That Care” to middle and high school students. The questions on the FYSAS evaluate each respondent’s risk and protective factors for substance abuse. The tool also assesses the prevalence of substance abuse in the population.

For the survey published in 2022, the Florida Youth Substance Abuse Survey reached more than 47,000 middle and high school students from all 67 counties. The study included 384 public middle schools and 352 public high schools. Response rates were excellent, with only 61 schools statewide declining participation. The overall picture is good news, with declining substance abuse rates over the long term.

Drug usage in the last 30 days was much higher among high school students than among middle schoolers.

Like middle school students’ usage, high school respondents’ last 30 days of consumption of alcohol continued to go down. The 2022 rate of 15.5% is down from a high of 42% in 2004. Binge drinking was down as well, coming in at 7.5% after reaching a high of 23% in 2006. Eleven percent of high school respondents admit to drinking to the point of blacking out at least once in their lifetimes. That figure reached 18.9% in 2014.

Data shows the rate of alcohol and cigarette use in the last 30 days continued to drop, a trend that began in 2008. While the decline is good news, the data survey results indicate that certain dangerous behaviors, such as binge drinking and drinking until blackout, are still happening too often. Just over 9% of the high school respondents reporting binge drinking, and 13.8% confessed to drinking to the point of blacking out at least once in the past 30 days.

While the FYSAS is an annual study, the Florida Youth Tobacco Survey takes place every other year. In the even years, the FYTS takes place alongside the FYSAS. The report gives results for every county and every Department of Children and Families district.

For 2020, the FYTS and the FYSAS both prominently featured the prominence of vaping as a primary form of substance abuse among Florida teenagers. Overall the students who responded to the 2020 survey were six times more likely to have vaped nicotine than to have smoked cigarettes in the last 30 days. Vaping marijuana was also significantly more common than cigarette use. In better news, vaping appears to be on the decline. Vaping of nicotine and marijuana both dropped approximately one percentage point from 2019.

The Relationship Between Teen Drug Use and Trauma

In the 2022 FYSAS, respondents reporting four or more ACEs used drugs or alcohol two to three times as often as their counterparts reporting three or fewer adverse childhood experiences. The pattern is abundantly clear with alcohol and marijuana use.

The Relationship Between Teen Drug Use and Mental Health

Mental health disorders have a positive correlation with drug use in teenagers. Depression, suicidal ideation, and poor emotional coping skills may lead adolescents to substance abuse to escape negative feelings.

Depression is a mental health condition characterized by sadness and declining interest in hobbies, work, school, and other activities. Teenagers suffering from depression may be more likely to use drugs and alcohol to alleviate the unpleasant feelings associated with the disorder. The FYSAS found a positive correlation between drug use and symptoms of depression. The higher the number of reported symptoms, the higher the prevalence of drug use in the last 30 days.

Respondents to the FYSAS reported various stressors, including parental unemployment, pandemic stress, bullying, abuse, and separation/divorce of caregivers. Teenagers may be unable to identify healthy ways to express their feelings and deal with these stressors. Many turn to drug use to self-medicate through these emotions.

All the data and statistics from the Florida Youth Substance Abuse Survey are helpful and informative. However, parents and caregivers should be familiar with the signs that may indicate drug use in their teenagers. Here are four common symptoms that your teen may be involved with drugs or alcohol.

If your teen suddenly changes the group of friends he hangs out with, you may want to ask some questions, especially if you don’t know the new friends or their families. While it’s not always a sign of trouble, abrupt changes in social relationships accompanied by other behavioral issues may indicate substance abuse.

You may notice your teen’s relationships changing in other ways. Teenagers using drugs may stop associating with family and friends and withdraw from the people they love. Even socially and outgoing adolescents may start to spend more time alone and refuse to communicate with close friends and family.

Teenagers with a drug problem may lose interest in activities they once loved, such as sports, hobbies, and school activities. Drugs and alcohol can become all-consuming, leading the teen to abandon all other pursuits.

While moodiness and personality changes are commonplace in adolescence, these changes may be more pronounced in teens involved with drugs. Your teenager may seem tired, have violent outbursts, get depressed, or be easily irritated. These behaviors may lead to a drop in grades, behavioral issues in school, or truancy.

Using drugs and alcohol takes a toll on the body, especially if you are still growing. Bloodshot eyes, runny nose, and large or pinpoint pupils may be early signs of a problem. Teens involved with drugs may stop bathing, brushing their teeth, and eating. You may notice sudden weight loss or gain or see sores on the skin from picking or scratching. Some teens involved in drugs may start cutting or burning themselves as well.

If a teen you love shows signs of drug and alcohol abuse, your first responsibility is to ensure she gets the help she needs to keep her safe and healthy. However, many people feel overwhelmed by the treatment options available. They may wonder what to look for in a treatment facility that will work for their teen. The National Institute on Drug Abuse’s Principles of Adolescent Substance Use Disorder Treatment offers some guidance.

Intervene as Early as Possible

If you suspect your teenager is using drugs or alcohol, don’t wait to see if the problem resolves itself. Drugs damage every facet of life, from physical and emotional health to long-term success in relationships and employment. The earlier you find help for your teen, the better your chances of heading off lasting impairment.

Many parents learn that their child is experimenting with drugs but don’t intervene immediately. They may think that experimentation is not as dangerous as youth experimentation. However, teen overdose deaths continue to rise year after year, and many young people die after their first use of an illegal drug. Drugs such as Oxycodone may be laced with deadly substances such as fentanyl, and the user won’t know it until it’s too late. Seek help immediately if you suspect your teen is using drugs.

Talk to Your Child’s Doctor

Families sometimes forget that a teen’s pediatrician, family doctor, or another general healthcare provider can be an excellent resource for help with drug and alcohol issues. These professionals have assessment tools and interventions available to them. They also have a working knowledge of the treatment providers in your area and can make referrals.

Look for a Tailored Treatment Program

The most effective treatment programs tailor the interventions to the client’s specific needs. For the best odds of success, Look for a treatment team that considers every facet of your teen’s life, including home, school, psychological needs, social interactions, and overall health.

Be aware that such a personalized treatment plan includes asking personal questions about physical health, social and medical history, and relationships. The best treatment plan in the world is only as good as the information that goes into it. Encourage your teen and everyone involved in the program to be honest, no matter how uncomfortable the questions are.

Substance abuse intervention and treatment programs are most successful when the client’s family is actively involved. Research over many years has shown that strengthening family relationships, improving communications, and enlisting support from the community give clients the best odds of success. Beyond the nuclear and extended family, consider including other significant people in your teen’s life. That list may include trusted teachers or school counselors, positive peer influences, pastors or youth ministers, and mentors.

With four locations ready to serve you and two more to open soon, Clean Recovery Center is prepared to help your teen and your family. We offer a full range of treatment options to help your teenager recover from drug and alcohol abuse. Our programs address your teen’s complete picture of mental, physical, and emotional health. The team includes mental health therapists, specialized medical professionals, and others with extensive training focused on teen addictions. If your child is involved in drugs and alcohol, contact us at Clean Recovery Center today to start the healing journey.

Librium is a brand name for chlordiazepoxide which is one of many medications in the benzodiazepine class of drugs. The Librium brand name no longer exists but the generic medication is still prescribed. Chlordiazepoxide is used to relieve anxiety, provide mild...
Read More