The first time I saw a psychiatrist I was in graduate school. I had recently abused a non-narcotic pain reliever called Tramadol. For the first time in my life, I realized I was addicted to a drug. I had started taking prescription narcotics periodically, for fun. If a friend had a script, they would share them with our group of friends and we would each swallow and enjoy. I never saw this as an issue. 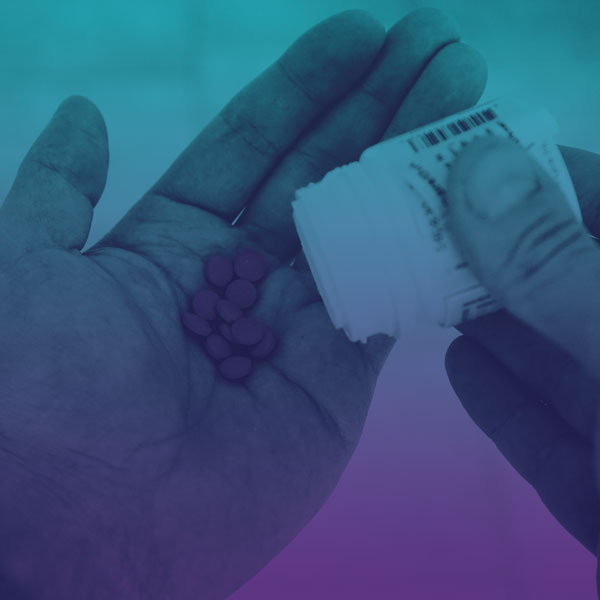 However, on a family trip to Mexico one summer, I thought that I could purchase Vicodin, an opioid, over the counter, from a pharmacy. I learned that this was illegal, but they suggested another drug called Tramadol. My boyfriend and I thought it would be fun to get messed up and so we bought a large bottle. I didn’t have plans to take any after the trip, but since we had so many, I had a number of pills left when I returned home.

I started to take a pill a day, just to relax and chill when I got home from my internship. Sometimes, I would take a pill at work. No one noticed and I didn’t realize it would become an addiction. However, I started taking a pill a day for over a month and I soon discovered that I was addicted. I couldn’t go a day without taking the pill. When I tried to quit, I would go into terrible withdrawal and I wouldn’t be able to make it. I decided that I had to quit once and for all. I flushed all my pills down the toilet and said never again.

Shortly after, I experienced a depression I had never felt. I was crying for no reason. My anxiety was heightened. I was fearful and upset about everything. I didn’t realize that this depression was a side effect of withdrawal so I decided to see a psychiatrist to help with my depression.

When I arrived at his office, I told him about the tramadol and my addiction. I cried over my depression and told him how anxious I felt. Instead of addressing the under-lying causes of my feelings or discussing anything about addiction, he prescribed me Xanax, Ambien, and an anti-depressant.

I was able to stop abusing pills for a few years. I took my Ambien as prescribed and rarely took the Xanax. The anti-depressants moved me out of my depression, and eventually life returned to normal.

However, overtime, when life would get bad – I would take the pills to escape feelings. I didn’t realize that I was self-medicating. Instead of talking about my depression and hopelessness, I would pop a pill and try to forget about it. They say that the cure for the pain is in the pain. But, I didn’t want to experience pain. In fact, I stopped wanting to experience anything. I wanted to numb.

For the next several years, instead of seeking therapy or help, I swallowed prescription-pills. Eventually, I turned to heavier drugs like cocaine. The more drugs I took, the worse my life got. However, I had forgotten how to deal with my feelings without drugs.

It’s a common occurrence for people to self-medicate their depression, anxiety, or other mental health issues with drugs. My friends with bi-polar disorder would often use meth and heroin to try to balance out their manic and depressive states. Instead of taking their prescribed medications, they would take illicit drugs.