My Doctor was My Drug Dealer 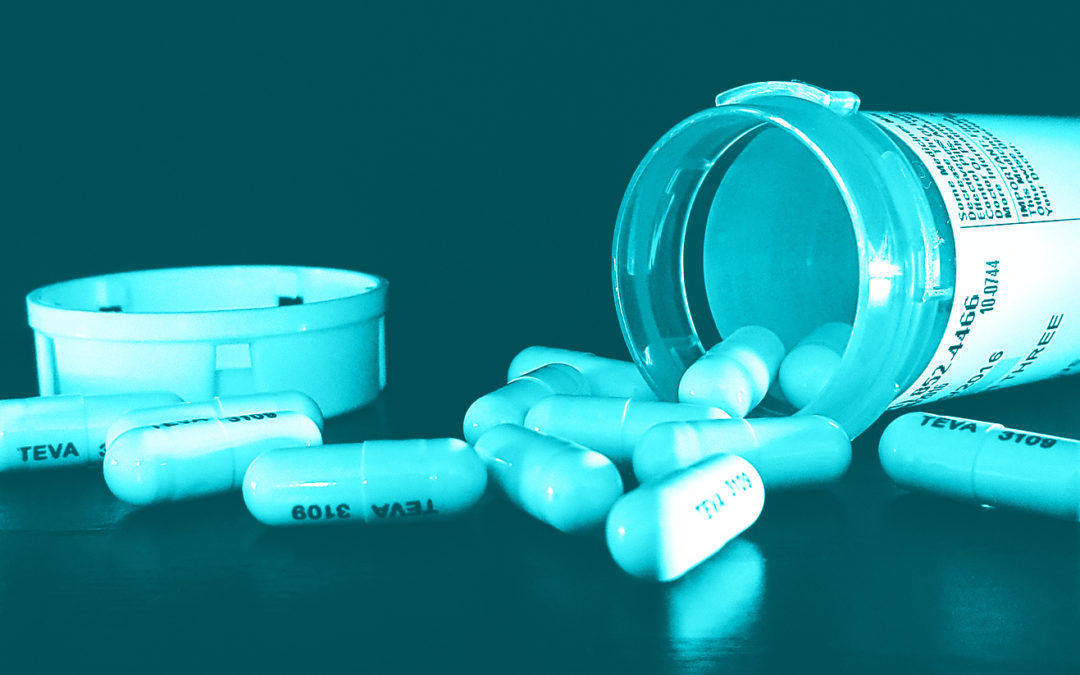 “It is a consistent counting and recounting,
a loss of things internal –
where your psychiatrist has become your drug dealer
and he’s on speed dial,
because he’s your favorite person to call.”

The above is an excerpt from a poem I wrote about my experience with prescription pill abuse. The truth of my story is that my psychiatrist was my drug-dealer. I didn’t start abusing medications because of an abusive past or a traumatic childhood. I became addicted to prescription-pills because my psychiatrist was irresponsible and over-prescribed medication to a large number of his clients, including me.

I was recently a guest on a podcast and I told the hosts my story of prescription pill abuse. I told them about my doctor who over-prescribed and over-medicated and rarely listened. And they asked an important question – is he still in practice?

I didn’t know. I assumed so. Because, it’s hard to fight a psychiatrist. It’s hard to hold them accountable, legally and otherwise. When my parents told my psychiatrist that I had become addicted to the Adderall he prescribed me, he laughed it off, and said “everyone in California is on drugs.”

I have collected a number of reviews about Dr. Smith that seem to tell a similar story: over-prescribes medication, prescribes dosages that are excessive and potentially dangerous; does not offer an adequate or sufficient examination before prescribing, negligent in choice of medications; inadequate follow up/through.

I first encountered Dr. Smith in 2005. I had become reliant on a prescription for opiates and was taking a pill a day for a month. I realized this was a problem and decided to stop the opiates on my own. The reason I went to see Dr. Smith is because I was experiencing an intense depression that I had never felt in all my life. I later learned that this is a side effect of opiate withdrawal. But at the time, I had no clue.

I decided to make an appointment with Dr. Smith in hopes of getting help with my depression and to speak candidly about my drug use. I went to see Dr. Smith and I was very honest. I told him that I thought I had become addicted to my opiate prescription, and he offered very little support or information on addiction. At the time, he sent me off with a prescription for Xanax, Ambien, and an anti-depressant. These are all drugs that I had never taken and knew very little about. However, it appeared that he wanted to treat my symptoms of anxiety and depression, as opposed to the real problem.

Years passed by and I didn’t abuse opiates or the medications I was prescribed by Dr. Smith. I stayed with Dr. Smith as my psychiatrist even after moving to two different states. During the years I was a patient, he continued to prescribe me Xanax and Ambien after having short phone conversations with me. I did not become addicted to these prescriptions until 2010 when life as I knew it fell apart due to Dr. Smith prescribing me Adderall for depression and suicidal ideation.

In 2010, I lost an important job opportunity and became suicidal. I don’t believe I truly wanted to die, but at the time, all I remember saying to my friends is: “I want to die.” My friends advised me to call my psychiatrist for help. I followed their direction and called Dr. Smith. I told him about the lost job opportunity and that I felt like I wanted to die. He told me, over the phone, that he had the answer. He did not ask me to come see him, even though I was only 30 minutes from his office. He told me he would prescribe a medication that would help me.

The next day, in early February 2010, I drove up the Pacific Coast Highway to the pharmacy in Malibu where my prescription was waiting. I am not sure if Dr. Smith told me what drug he would be prescribing, but he did tell me it would alleviate my current depression.

In my opinion, I never should have been prescribed Adderall. If Dr. Smith had taken the time to access my situation properly, it is very likely that I would have been admitted to a psychiatric ward because I openly admitted to a medical professional that I was suicidal. I imagine the medical professionals at the psychiatric ward would not have treated suicidal ideation with Adderall.

As the months passed, I began to abuse the Adderall and my Xanax prescription. It was obvious to most anyone around me that I was developing a problem. However, Dr. Smith continued to prescribe me Adderall, Xanax, and Ambien.

Adderall nearly killed me. Because of the psychosis that was involved in my abuse, I attempted suicide. The doctors who were trying to help me get off Adderall kept telling me that I would likely end up permanently insane if I continued. I was using so much of the drug that I had developed drug-induced psychosis that could only be treated with heavy doses of anti-psychotics.

My four-year addiction to Adderall began because I put my trust in a medical professional believing that he would help me. I take responsibility for my addiction and I know that I abused the medication. However, I hope this will serve as a warning to others to be careful about whom you trust. It is advised to always get a second opinion when a medication is prescribed.

Today, I live in my recovery and my truth. I have overcome my addiction and I know that others can as well. I reached out and I asked for help. It is a brave decision to ask for help when you need it. I believe that we all have the power to change our lives. I speak openly about my former addiction to prescription pills in the hopes that it will show others that recovery is possible and that addiction is nothing to be ashamed about.

ABOUT LARA
Lara Frazier is a truth-teller, a sobriety warrior and a writer. She is a FIERCE believer in the power of owning our stories and is a strong advocate for addiction recovery. Lara shares a story of healing: in sobriety, through addiction, in life and love, and in all the other big huge moments of fear and magic that we rarely talk about, but we should. Find more of Lara’s work on her website at www.larafrazier.com or follow her on Instagram @sillylara.