Microdosing is the practice of taking small doses of drugs normally used for recreational purposes. The amount taken is considered to be a fraction of what is typically consumed, but proponents believe the effects produced are highly beneficial. The types of drugs commonly used in this manner are hallucinogens, such as lysergic acid diethylamide and mushrooms containing the psilocybin, and the dose taken does not produce the hallucinogenic effect associated with the drug. Can microdosing lead to addiction? For some people, there is certainly a risk.

Proponents of microdosing claim that this practice improves mental acuity, creativity, focus, happiness and productivity, while also decreasing feelings of depression, anxiety and stress. Research into the impacts of full-dose psilocybin does indicate that it has to potential to alleviate symptoms of depression. Studies on the effects of microdosing are limited and primarily anecdotal, though interest in conducting controlled laboratory studies is growing. Hallucinogenic drugs have the potential to put some users at risk of developing an addiction to the substance of choice. 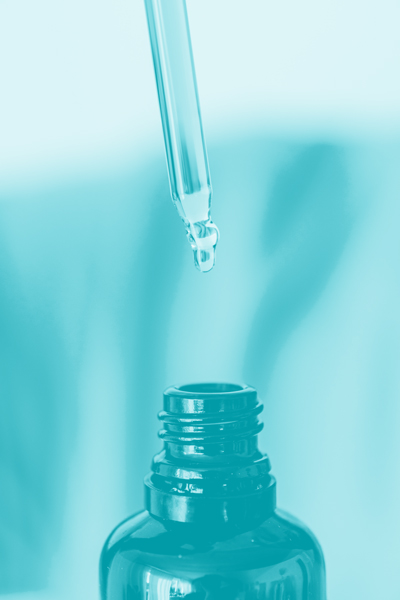 How Microdosing Got Its Start

This practice is all the rage right now, after exploding in popularity over the past several years. Those that engage in the practice do not fit any mold for commonly held drug user stereotypes. Instead, they come from all walks of life, from CEOs to college students to housewives. Young and old alike have been enticed into regular consumption of tiny amounts of LSD and magic mushrooms. Both of these drugs are considered Schedule I drugs within the United States, making them illegal to possess, use or sell. They are illegal in several other countries as well, though the Netherlands has recently made the move to decriminalize them. Despite their legal status, community forums have popped up across the internet, giving users an outlet for discussing and comparing microdosing practices and experiences.   The widespread accessibility of information regarding microdosing led to its rapid proliferation in the general public. The problem is that none of those posting on these sites are scientific researchers, medical professionals or psychiatric practitioners. Their anecdotes do not provide sufficient data on questions such as:

Self-reported effects left on internet forums do not provide sufficient information for making an informed decision about using hallucinogens at micro-levels. The reliability of the purported benefits is questionable and should not be taken as a guarantee of results for any one individual.

In the United States, hallucinogens such as LSD and magic mushrooms are listed on the federal government’s Schedule I drugs. This means that, according to current understandings, these drugs have no medically verifiable benefit. Users are also at a high risk of becoming physically and/or psychologically addicted and abusing the substance. This class of drugs is the highest level of severity for addictive and abuse potential. The current standing of hallucinogenic drugs in the federal government makes it difficult for scientists to conduct controlled experiments. The legal, bureaucratic and financial hurdles are generally prohibitive. That said, clinical trials are underway for examining the efficacy of using psilocybin to treat medically resistant depression. It is important to note that when this type of research is conducted, the quality and quantity of the drug are carefully controlled, quite unlike the conditions that exist in the microdosing community. Thus far, studies on microdosing are limited. Researchers gather their pools of data from online forums and rely on the participants’ self-reported experiences. Findings from this type of research indicate that people perceive a wide range of benefits, and few drawbacks or negative side effects, from the regular consumption of small amounts of hallucinogenic drugs. However, when one researcher went further and compared pre-existing beliefs about the benefits with the participants’ actual experiences, he found that users’ expectations did not match outcomes.

Where the Microdosing Community Stands Now

Current trends in this habitual use of hallucinogens, primarily LSD and psilocybin, indicate that microdosing is not going away. This is despite the fact that Schedule I drugs carry with them the potential for severe penalties, including five or more years of jail time. Repeated offenses result in increasingly lengthy time spent behind bars. The forums provide users an outlet that legitimizes their choices and minimizes their perceptions of potential consequences. While there is current evidence to support beneficial effects from using psilocybin and, even, LSD, these studies do not so far indicate that the drugs have the types of wide-ranging effects microdosers believe them to have. On the days that individuals consume their drug of choice, they display enhanced mood, focus, creativity and feelings of connectivity and wellness, but these don’t last. Regardless, those who read the forums and who are considering microdosing continue to believe that the practice will greatly improve their lives. The stigma surrounding hallucinogens is diminishing. This is likely due to the wide exposure microdosing is getting, as well as the diversity of people who are engaging in the practice. For years, creatives in industries such as tech and entertainment have been turning to low-level doses of these drugs as a means to improve productivity and creativity. This mainstream acceptance has normalized what is, essentially, a form of drug abuse. Medical and psychiatric professionals are concerned about the implications for individual health and wellbeing.

Reasons Microdosing Is a Concern

The recent research on using these drugs to treat certain conditions is promising. Thus far, they do not seem to have the types of negative side effects seen in other drugs being used currently to treat depression and other conditions. There are users who do regularly report an increase in feelings associated with neurosis. In addition, there have been no studies published that provide insight into long-term effects. One of the primary questions people who are considering microdosing ask is, “Can microdosing lead to addition?” There is a fairly common belief that hallucinogenic drugs are not addictive. The primary reason for this is that a majority of these drugs do not produce the serious symptoms associated with physiological addiction to illicit drugs such as opioids. Though true, this does not paint a full and clear picture of the nature of addiction. These drugs can lead to a type of physiological addiction, which gets far less attention, as well as psychological addiction. One of the problems with some of the drugs — LSD for example — used in microdosing is that people can build up a tolerance for them, which is, in essence, a form of addiction. This means that, as time goes on, the individual requires higher doses of the drug to produce the same results. Furthermore, tolerance in one hallucinogen can produce tolerance to others, even with the person has never taken the other. When it comes to microdosing, the possibility that the amount taken will need to be increased over time to get the desired effects cannot be ignored. Though most hallucinogens are not typically physiologically addicting, they can become psychologically addicting. The reason people take these drugs is that they make them feel a certain way. When the drug wears off, so do the feelings. Though many people believe that the effects of microdosing last days, the current — albeit limited — research indicates otherwise. An individual’s desire for the feelings the drug induces can lead them to indulge with increasing frequency, potentially leading to a habit that takes over other aspects of life.

Where To Go for Help

Clean Recovery Centers offers a holistic approach to treatment and recovery. We believe that the path to a healthy and full life includes incorporating physical, spiritual, mental and social approaches. Every person who enters our program is viewed as an individual, and our treatment approach is based on each person’s unique needs and circumstances. We build on strengths, rather than focusing on weaknesses. If you or someone you love needs help with psychological or physiological addiction, Clean Recovery Centers’ highly qualified and skilled staff are here for you. You can contact us by phone at (888)248-9718 or by using our online form.