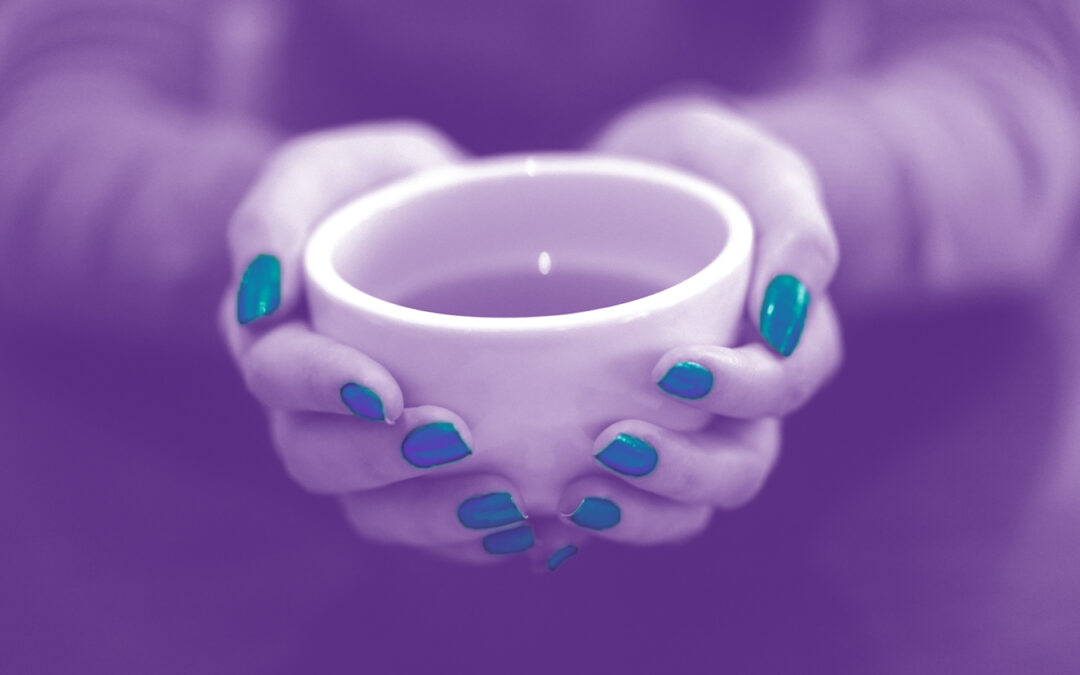 Ayahuasca’s popularity, including with young people, has been on the rise in the U.S. but is it safe? Research is relatively nascent, and many studies involve small samples or are conducted on animals. Thus far, however, anecdotal and scientific evidence indicate that drinking the tea has the potential for both positive and negative effects.

Ayahuasca is a psychoactive substance consumed in the form of a tea. The primary components in the drink are the Banisteriopsis caapi vine and the Psychotria viridis plant. The combination of the vine’s stalk and the plant’s leaves produce the effects people seek when they drink the brew.

The tea derives its name from the Quechua language. Ayahuasca is usually translated to mean “vine of the soul.” Though the drink is named for the B. caapi vine, it takes both ingredients to produce the psychoactive effects, as it is the leaves of the P. viridis plant that contain the chemical compound dimethyltryptamine.

DMT is a hallucinogenic substance, but it does not elicit the required brain response when taken alone. The human body contains the enzyme monoamine oxidase in the gut, which metabolizes DMT before it can be absorbed in the body. Another substance is required to slow down the metabolic process.

The ayahuasca vine contains powerful MAO inhibitors called beta-carbolines. When the B. caapi stalk is brewed with the P. viridis leaves, it prevents the enzymes from breaking down the DMT, thereby allowing the substance to break the blood-brain barrier.

Ayahuasca has been used for millennia. Indigenous tribes in the Amazonian Basin — namely Peru, Ecuador, Columbia and Brazil — were the first known people to utilize the tea in ceremonial traditions and for medicinal purposes. Later, the mestizo populations incorporated the brew for their own purposes. Both groups sought the aid of Ayahuasca to treat spiritual crisis, social issues, physical health problems and mental health issues.

There are also three Brazilian syncretic churches that place ayahuasca at the core of their ritualistic traditions: the Barquinha, the União and the Santo Daime. These churches arose in the early decades of the 20thCentury, but they are currently represented in numerous countries, including the United States.

A tourism industry has developed over the past two decades around this tea. People plan trips to places where the ayahuasca is available. Most seem to be seeking the spiritual and therapeutic results associated with the brew rather than consuming ayahuasca purely for recreational purposes. The challenge here is that not all of the places catering to tourists have the experience necessary to create the tea, leading to potentially detrimental outcomes for visitors.

What Is the Legal Status?

In most places, including the U.S., the tea itself is not illegal. France, however, has banned the two ingredients required to make ayahuasca tea. In the United States, DMT is a Schedule I controlled substance, making it illegal. DMT can be extracted from the P. viridis leaves or synthetically derived. The P. viridis plant is not illegal. A 2006 Supreme Court ruling allows ayahuasca for religious purposes, and the Brazilian church União was the first to gain legal rights for its use.

What Are Its Effects?

Drinking ayahuasca tea produces both psychological and physical effects. The drug typically wears off in four to 10 hours. People’s reactions vary, with some having positive experiences, while others have negative ones. It is impossible to tell what type of trip an individual will have before they consume the drink.

Typically, the psychological effects begin approximately an hour after consumption. Ayahuasca creates an altered state of mind. Commonly, users indicate that the tea makes them feel disconnected from their own thoughts and feelings. This depersonalization causes some to experience their emotions differently than they normally would.

Visual and auditory hallucinations frequently occur as does a heightened sense of color. Some people feel like they have out-of-body experiences or gain a connection with the spirit realm. A sense of euphoria and an altered sense of space and time are also common.

There are many whose experiences result in negative psychological effects, such as:

There are common physical effects that accompany the experience. For some, these impacts come immediately after consumption, while for others they arise concurrently with the psychological effects. Explosive vomiting occurs frequently, and some people also have diarrhea. Traditionally, these are viewed as the spirit, mind and body’s release of any impurities or toxins present. A lot of people also exhibit increases in heart rate and blood pressure.

Research thus far does not indicate the existence of any physical addiction properties in ayahuasca. There is the potential, however, for people to become mentally or emotionally addicted to the experience. These people crave the drink because they enjoy the experiences the drink induces and not because there is a chemical property in the drink that their bodies become dependent upon.

What Are the Benefits?

There are potential brain and emotional health benefits that are linked to ayahuasca consumption, though continued research is needed, particularly studies on human subjects. It is important to note that research settings are highly controlled and do not necessarily mirror natural settings. The two primary substances in the brew, DMT and beta-carbolines, may have protective and restorative properties for the brain. Potential benefits include:

What Are the Risks?

The possibility of severe side effects and long-term negative outcomes exists. There are risks for negative physical and mental impacts.

The consumption of ayahuasca can lead to a dangerously high heart rate and blood pressure at high doses. It has also been fatal, but those incidents were linked to the presence of additional substances in the tea. People who are on anti-depressants or who have existing psychiatric disorders run the risk of developing serotonin syndrome. The MAO-inhibiting property of the B. caapi vine results in an additional increase in serotonin levels, amplifying the effects of serotonin.

Hallucinogens are inherently unpredictable due to the high degree of variability in reactions among users. This makes them potentially dangerous, especially in uncontrolled situations. Long-term use can result in persistent psychosis, which results in flashbacks, mood disorders, persistent paranoia, visual disturbance and disorganized thinking.

The potential also exists to develop hallucinogen persisting perception disorder, which leads to hallucinations, visual disturbances and symptoms that mimic those of neurological disorders. Both persistent psychosis and HPPD have been reported for people with a personal or family history of psychiatric disorders.

What Are the Takeaways?

There is still much that is uncertain about the effects of ayahuasca on people who consume the drink. Traditional and modern users seek spiritual, physical and mental and emotional health benefits. The range of possible effects is wide, with the potential for both positive and negative experiences. Negative responses can be particularly dangerous, including long-term mental health effects and mortality.

Research indicates that there may be benefits in brain and mental health for people who consume the tea in controlled settings, but more research is needed. Ayahuasca has been associated with negative mental health outcomes in individuals who are genetically predisposed to psychiatric disorders.

If you or a loved one are experiencing negative effects from ayahuasca or any other hallucinogenic drug, help is available. If a life-threatening situation exists, call 911. At Clean Recovery Centers, we take a holistic approach to recovery. Our treatment approach considers an individual’s physical, mental, social and spiritual needs in the development of a customized plan. Contact us today to find out what we can do for you.