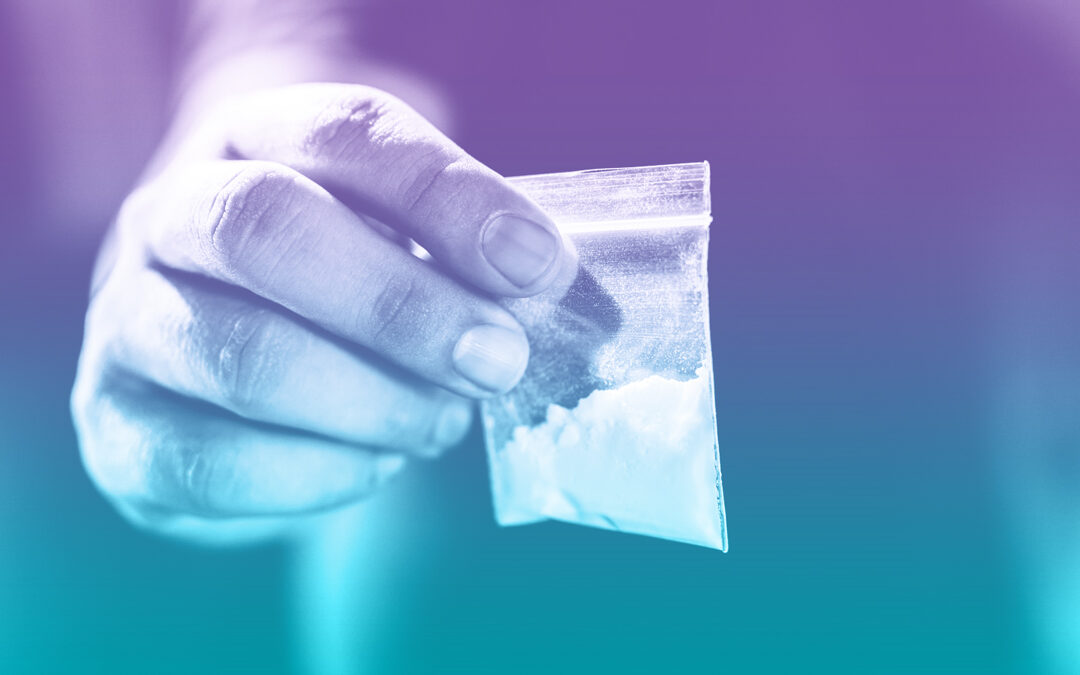 Originally developed as an anesthetic, PCP, formally known as phencyclidine, is a common street drug. It is often referred to as supergrass, killer weed, and angel dust, and it is sold in several forms, including capsules, colored powders, and tablets. When high on PCP, users typically experience anesthetic and sedative effects, causing them to enter a trance-like state of consciousness. PCP is known for its distinctive bitter taste and can be swallowed, snorted, or injected. PCP is most often sold as a liquid or powder and may be applied to a leafy plant such as marijuana, tobacco, or oregano for easier ingestion.

A Brief History of PCP

PCP was first synthesized by a Michigan chemist named Victor Maddox in the 1950s. After its inception, it was marketed as an anesthetic by Pfizer pharmaceutical company. Once the drug became more popular, it was used as an animal tranquilizer and surgical anesthetic across the country. At first, the drug was widely embraced as an anesthetic because unlike other similar drugs, it did not negatively impact the lungs or heart. Unfortunately, as with many other drugs, adverse side effects of PCP were soon noticed, primarily psychosis, paranoia, dysphoria, and severe anxiety. It was discontinued for medical and veterinary practice in the late 1960s, however, it began to enter the streets as a popular recreational drug.

Even at low to moderate dosages, PCP can alter a user’s bodily awareness, similar to alcohol, and result in numbness to the feet and hands and poor coordination. Hallucinations can take effect at higher dosages, and many users experience seizures and coma. Accidental death caused by injury or suicide is also associated with heavy PCP use. Users often recall suffering from schizophrenia-like symptoms, such as paranoia, delusions, catatonia, the feeling of distance from one’s environment, and disordered thought patterns. PCP can cause a person’s speech to become sparse or unintelligible.

PCP’s sedative effects, when combined with other central nervous system depressants, such as benzodiazepines or alcohol, can cause accidental overdose or death. PCP users may experience highly unpleasant psychological side effects if they overdose. They may need to seek emergency medical attention, and in such settings, they can become violent or suicidal due to their altered state of mind.

Other harmful effects of PCP can include:

PCP is a highly addictive drug, so individuals who use PCP frequently or in high dosages often have difficulty stopping. Signs of PCP addiction are physical, psychological, behavioral, and social, and in severe cases, medical treatment may be required. Common signs of PCP addiction include:

PCP users may also experience a loss of interest in typically enjoyable activities, as well as mood swings or extreme agitation when they cannot use PCP.

Frequent PCP use can have social effects on a user’s life as well. Individuals who consume PCP often have difficulty maintaining employment, and their constant drug use may cause profound financial issues. PCP users are also more likely to experience homelessness and legal problems due to the effects of the drug. Often, PCP users prioritize the use of the drug over personal relationships.

As with most illicit drugs, abruptly stopping PCP without consulting a medical professional can have serious health consequences. Often, PCP users who attempt to stop using experience withdrawal symptoms, unpleasant bodily symptoms that emerge when a person attempts to stop using a drug cold turkey. Those undergoing PCP withdrawal may notice bodily sensations such as confusion, anxiety, depression, impaired reflexes, muscle spasms, general agitation, or memory problems. These symptoms can last a few hours or days depending on their severity, and they can impact a person’s health and life.

How Does PCP Affect the Brain?

PCP works by affecting various neurotransmitters in the brain. It inhibits the reuptake of serotonin, dopamine, and norepinephrine. As an anesthetic, it inhibits the mechanism of NMDA receptors and glutamate, which are responsible for regulating learning, emotions, memory, and pain sensation. By interrupting these receptors, PCP users experience a disconnect from routine sensory experiences (reality), and at higher dosages, it may excite these receptors as well.

A typical dose of PCP is between 5 and 10 milligrams, and consuming dosages above 10 milligrams can result in a stupor. Users often notice the effects of PCP a few minutes after smoking or 30 to 60 minutes after oral ingestion. The effects of PCP can last four to six hours, but it can take up to 24 hours for the body to return to its normal state. PCP is often produced illegally in uncontrolled settings, so in many cases, users do not actually know how much PCP they are consuming.

Consuming PCP while pregnant can have a negative impact on the health of newborns. Since PCP can alter a mother’s state of mind and cause violent, aggressive, or suicidal behavior, it is possible to harm oneself and the fetus while high. PCP use during pregnancy can also result in having a newborn with poor muscle control, low birth weight, brain damage, and withdrawal symptoms. Infant withdrawal symptoms include lethargy and tremors. If you are pregnant or think you might become pregnant, it is best to refrain from using PCP.

As previously stated, PCP is a highly addictive drug that often results in a visit to the emergency room for many users. Some of the most interesting PCP emergency room statistics include:

PCP users experience dissociative and hallucinogenic when using the drug, but many people don’t know the effects of PCP can last much longer. PCP users, especially those who take large quantities of the drug, may experience what is referred to as “flashbacks.” Days, and sometimes, weeks after the initial effects of the drug have worn off, users may develop classic symptoms of PCP intoxication out of the blue for up to an hour at a time. Flashbacks may be caused by PCP’s slow rate of expulsion from the body, which causes it to occasionally recirculate through the bloodstream for extended periods. PCP is highly attracted to fluids with high amounts of acid, so it can enter a user’s spinal fluid, and in turn, enter the brain and cause additional episodes of intoxication.

Symptoms of a PCP Overdose

As previously stated, it is possible to overdose on PCP. A PCP overdose can be deadly, but even in cases where death does not occur, users may still experience a variety of adverse effects. There currently are no specific drugs capable of treating a PCP overdose. When a person is treated for an overdose, medical professionals will typically treat their specific symptoms. If a user is aggressive, confused, violent, or hallucinating, they may be given a sedative to calm them down. Patients with extremely high body temperatures may be cooled down using ventilation and liquids.

Although no drugs can currently treat a PCP overdose, activated charcoal has been found to absorb the drug and reduce the likelihood of renal failure in patients.

Effects on the Brain

Unfortunately, a PCP overdose can have irreversible effects, primarily on the brain. Brain damage is often caused by a lack of oxygen that is caused by seizure activity caused by PCP. The reduction or blocked flow of oxygen to the brain can also lead to decreased breathing or coma. Organs that use higher levels of oxygen to function are particularly susceptible to this lack of oxygen. Parts of the brain responsible for problem-solving, attention, memory, and learning, as well as the cerebellum, the part of the brain responsible for movement and reasoning, can be negatively impacted.

A PCP overdose can also cause psychotic behaviors for a significant period. Users experiencing a PCP overdose may need long-term medical treatment for their psychosis. Even users who do not have a history of psychosis can experience such effects since the portion of their brains involving reasoning and perception have been affected. The liver, kidneys, and heart can also suffer from impaired functioning due to a lack of oxygen.

Stopping PCP on your own can be immensely difficult, and for some people, nearly impossible. Fortunately, there is help available to those addicted to PCP. Prior to embarking on the treatment journey, PCP users will usually need to undergo a period of detoxification. This period of detoxification can be somewhat unpleasant, but it is necessary when undergoing medical treatment. Drug-dependent individuals frequently benefit from the medical treatment and supervision offered by treatment centers. Once a user’s body is clear of the drug, the next treatment steps can be started.

Both inpatient and outpatient treatment are available to those struggling with PCP addiction. A medical professional can help patients choose the right course of treatment.

Patients will participate in talk therapy during the course of their treatment, regardless of which program they choose. By engaging in therapy with a trained mental health professional, patients can uncover the root causes of their addictions and learn coping mechanisms that do not involve drug use when stressed. Therapy may occur in a one-on-one setting, in a group setting, or with family members and friends present for support.

Group therapy can be highly beneficial. Often, being surrounded by and interacting with other individuals struggling with PCP addiction can ease feelings of shame and isolation. Patients often hold each other accountable while learning about coping mechanisms and triggers in a supervised setting.

Patients should discuss which therapy type would be most useful. Often, a combination of all three therapy types is recommended for success. Patients will more than likely be encouraged to continue therapy even after they recover from PCP addiction.

There Are Resources Available

If you are struggling with PCP addiction, it is important to know there are resources available to help you overcome your problem and regain your life. Here at Clean Recovery Centers, we take a unique approach to helping individuals suffering from PCP addiction get sober. We utilize an effective three-phase approach that addresses both a patient’s physical and psychological needs. Contact us today to start your journey to sobriety.

Librium is a brand name for chlordiazepoxide which is one of many medications in the benzodiazepine class of drugs. The Librium brand name no longer exists but the generic medication is still prescribed. Chlordiazepoxide is used to relieve anxiety, provide mild...
Read More