Addiction: It’s Not How Hard You Hit 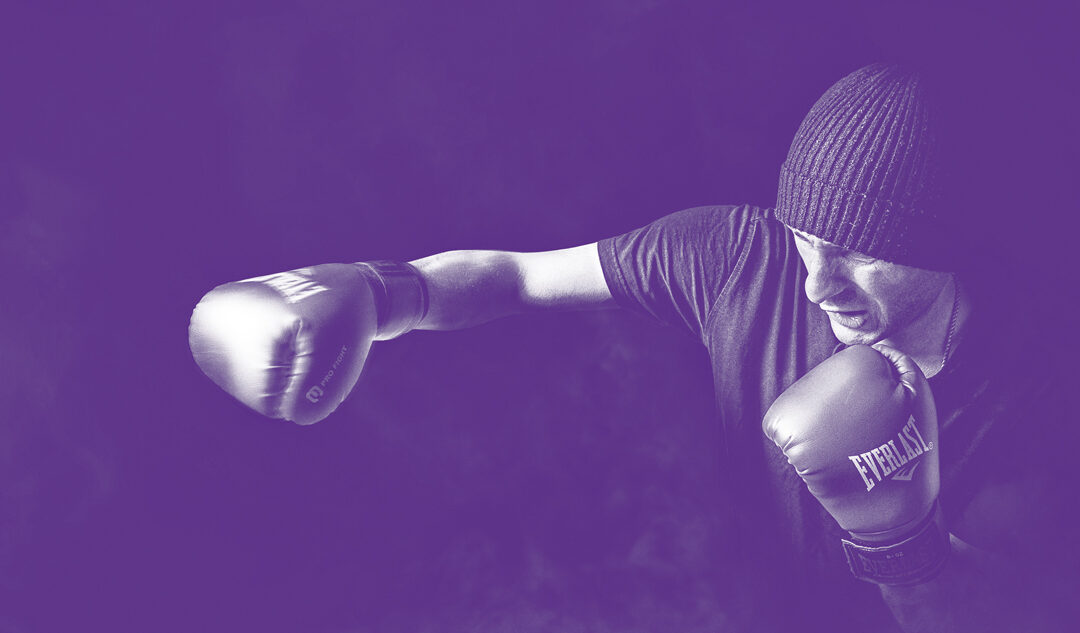 Addiction: It’s Not How Hard You Hit

I am a big movie fan. I love the Rocky series. Of all the classic lines delivered in that series, one stands out more than any other line from any other movie I have ever watched. Rocky is having a passionate discussion with his son. At one point he says something like, “Life is not about how hard you can hit. It’s about how hard you can get hit and get back up!”

Prior to getting ill with the disease of alcoholism, I could not relate to that line. I took offense at anyone who would even think of looking at me the wrong way, let alone hitting me in some way, shape or form. I had all the “ism’s” since birth. Restless, irritable, discontented, always living in the past or the future, an inability to live in the present. I felt like I wanted to crawl out of my own skin most of the time.

To combat these feelings, I poured myself into work and accomplishments. None of it worked. The more I succeeded at those things, the more unhappy I became. I felt doomed to a life of unhappiness no matter what happened. Then I got hit and hit hard. The hardest I had ever been hit in my life. Alcoholism hit me like a two-by-four right between the eyes. Maybe more like a freight train.

I got sick incredibly quickly. After not drinking for the better part of 12 years, I got myself into a life changing and incredibly stressful situation that I was not equipped to handle, so I drank. Within a week I was sicker than I had ever been. I could not stop. Having never been to any type of addiction treatment, what would follow in less than 2 years were 20 ER visits, 15 detoxes, 4 rehab treatments, 4 psych hospitals, 2 DUI’s, unmentionable dollars lost, separation from my wife at the time, with a knife to my wrist.

Having resisted most of what was taught to me during those times in treatment, I finally surrendered.

I had thought taking a hit like that would have been fatal. It nearly was. At the time, I thought it was the worst possible thing that could happen to me. It was like a living hell. I did not have the foggiest idea that this experience would actually be the best thing that would happen to me in my entire life up to that point. You may ask how could something so horrific be so? From that hit I learned more about myself and my life than at any other time in my 45 years on the planet. I learned to start to live life on life’s terms. I stopped projecting and living in the past.

My fears melted away. I got to know who I am and what is important to me. My resentments began to fade. I learned to live in the present. I learned to love myself and others. The realization that I was not the center of the universe came fast and furious, and it was the relief of a lifetime. I began to lose interest in selfish things and become much more interested in the needs, wants and desires of others. In short, I learned to live.

By the grace of God, I got back up after that hit. I learned that I could take a hit like that, get back up, and come back better than ever. Soon after I recovered, I watched that Rocky movie with the famous quote. I had watched it before and those words had not resonated. This time they did. I learned more from taking that hit and getting back up than I had ever learned in my life!