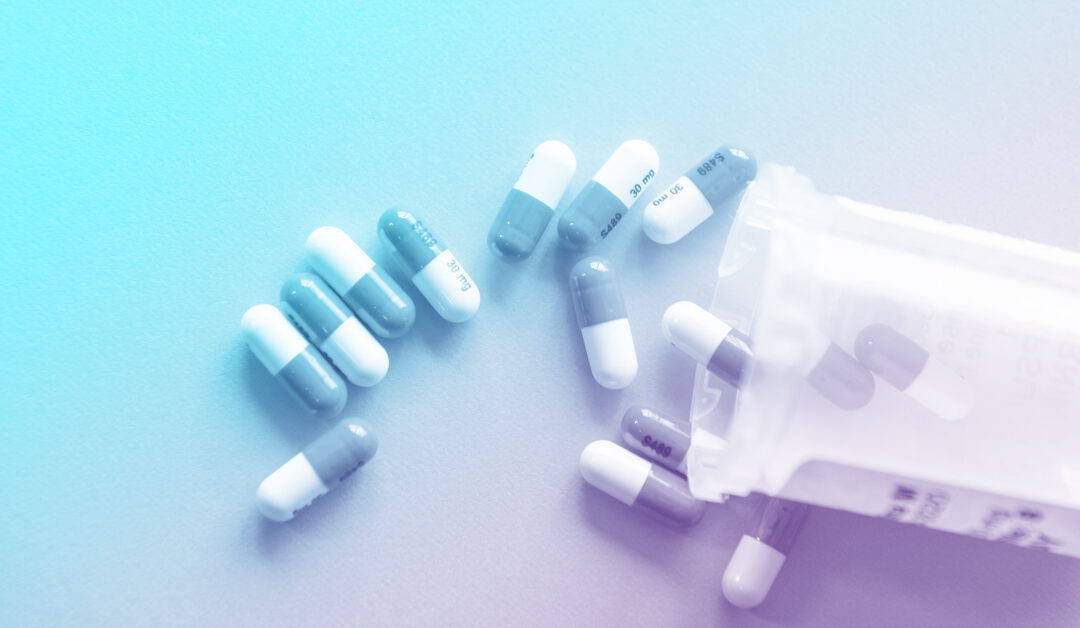 Adderall is prescribed for the treatment of ADHD (Attention Deficit Hyperactivity Disorder) and for narcolepsy, a condition that makes you drowsy or fall asleep suddenly. People with ADHD disorder demonstrate an ongoing pattern of inattention and/or hyperactivity-impulsivity. Those with this disorder have difficulty staying on task, sustaining focus, and staying organized. They may be extremely restlessness, talk too much, act without thinking, and find it extremely difficult to follow directions. ADHD symptoms can appear as early as between the ages of 3 and 6 and remain through adulthood. 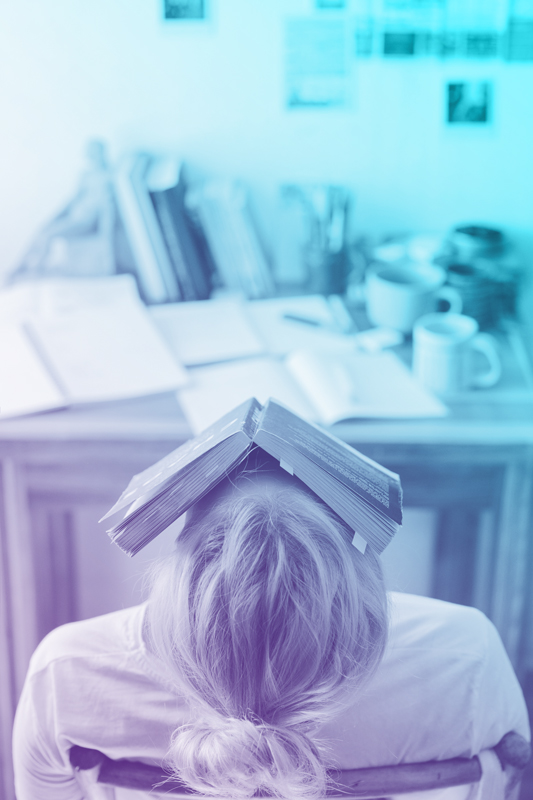 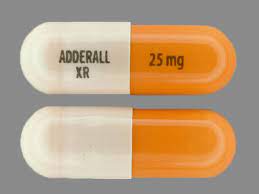 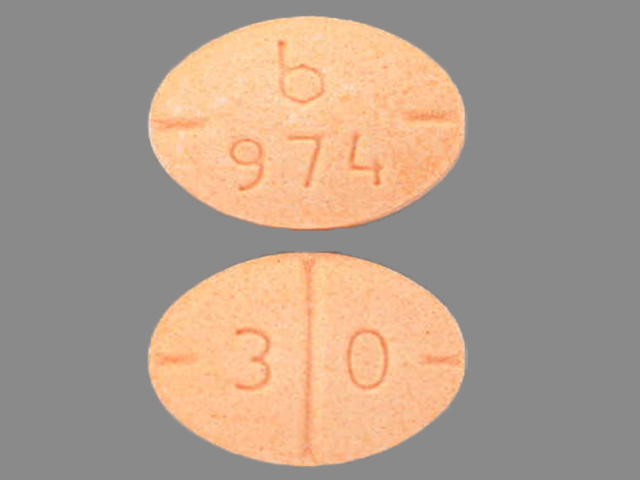 Adderall is a prescription medication. It is a stimulant, like caffeine, but much more powerful. Adderall IR is the immediate-release form. Most doctors prescribe 5mg orally for one to two times a day to start the patient on the medication and it is typically raised in 5mg increments if medically necessary. Adderall XR is the extended-release form of this medication. The initial prescribed dose is usually 20mg orally once a day. A doctor may increase the dose if the patient is not responding as expected.

People, especially younger adults, and teens, misuse the drug to get high or to feel alert and energetic. Most people get Adderall from a friend or a relative who has a prescription for it.

While there is no cure for ADHD, Adderall is prescribed quite often. This drug is an amphetamine. Drugs like Adderall work by increasing the concentration of dopamine and norepinephrine in the brain.

Unfortunately, Adderall abuse, and drugs similar to it such as Vyvanse and Ritalin, is on the rise. Particularly amongst college students though high school students are abusing it, as well. These students are using it to gain a perceived “edge.” Rather than study long hours they are using it as a pharmaceutical approach to enhance their academic performance. Numbers are as high as 30% of college students may be ingesting these drugs outside of a doctor’s prescription.

Throughout the media drugs such as Adderall have been labeled “smart drugs” at times and this crisis has been downplayed. On the contrary, these drugs are actually “dumb drugs” for those using them outside from a need to treat an actual disorder. Studies have shown students abusing these drugs in an illicit manner actually have lower performance in school than those who do not.

SIDE EFFECTS OF ADDERALL

Additionally, there are negative side effects that come with the abuse of these drugs. A prescription of Adderall actually comes with a “black box warning.” This is the FDA’s highest level of warning. Adderall can increase users’ heart rate, blood pressure, and risk of heart attack and stroke. Other side effects to such drugs may include depression, irritability, anxiety, hallucinations, psychosis, muscle spasms, seizures, weight loss, paranoia, headaches, panic attacks, intense cravings, suicidal thoughts, a burning sensation when urinating, an inability to concentrate, and death. Not surprisingly, the side effects worsen with the amount consumed.

Students may also us other drugs such as alcohol or opioids in with Adderall and this compounds both the number and severity of side effects. Those with ADHD abusing such drugs will often find their ADHD symptoms worsening, as well, in the absence of the drug.

Then there is the issue of full-blown addiction. There is a myth out there stating that it is not possible to get addicted to drugs like Adderall. On the contrary, people who regularly take Adderall at unprescribed doses have a substantial risk of becoming addicted to the drug. As with other drugs, tolerance develops and the person becomes unable to function without it. These people are also more likely to use other drugs and become addicted to those substances, as well.

Addiction to drugs such as Adderall can come on very subtly and abruptly without the person consuming the substance even realizing what is happening. If someone is wondering if they are becoming addicted to such drugs, there are questions they should ask themselves if they are able to. Am I requiring more of the drug to get the same effect? Do I feel “off” when I don’ have the drug? Am I exhausted when I do not have the drug? Can I not complete tasks without the drug? Am I spending money I do not have on the drug? Do I have difficulty concentrating without the drug? Do I have a challenging time stopping my consumption of the drug? Do I feel physically and mentally ill when I do not have the drug? If the person answers affirmatively to even one of these questions there is an extremely high likelihood that they have become addicted – both mentally and physically – to the substance.

What happens to the brain of someone becoming addicted to drugs such as Adderall? As mentioned early, these drugs cause an increase in the concentration of chemicals in the brain such as dopamine. It is this blast of such chemicals in the brain that create the “high” and sensation of being more focused and energized. When a person abuses such drugs, the brain no longer produces the levels of dopamine and other chemicals that it once did. It is this inability that causes those addicted to go into withdrawal and crave the substance in an almost indescribable way. In this manner, Adderall addiction is remarkably similar to opioid and other drug addictions. It is the brain’s inability to produce the chemicals it once did as a result of drug abuse.

We previously mentioned that developing a tolerance to Adderall is very possible. When a person becomes addicted to Adderall, there is also the risk of overdose as the addicted person’s tolerance to the drug increases. The person requires more of the drug to achieve the same affect. An overdoes occurs when a person consumes too much of the drug and it overwhelms the person’s central nervous system, it results in an overdose. Overdose symptoms can be very severe and may include fever, fainting, aggression, anxiety, depression, disorientation, loss of consciousness, extreme fatigue, gastrointestinal problems, tremors, and uncontrollable shaking, to name a few. If a person is having any of these symptoms, they should immediately get medical attention as damage created to the body from overdosing can be permanent. If a person taking Adderall were to notice any of these symptoms, they should seek medical attention immediately. In worst-case scenarios, an overdose can cause permanent damage to the body.

Remember, Adderall is designed to treat certain chronic mental disorders, namely ADHD. It is not a drug designed to enhance your performance not chemically designed for brains without attention deficit disorder. Any use outside of having Adderall prescribed for a diagnosed condition is illegal and can have devastating long-term impacts on the body. While the drug may increase one’s performance in school or at the gym in the short term, over time the performance deteriorates to levels lower than prior to taking the drug. In short, do not abuse Adderall. The risks most definitely outweigh any perceived short-term benefits.