Designer drugs have been a staple of the club scene for many years. One of the most popular was 2C-E, part of the 2C family that includes 2C-I, 2C-D, 2C-B and 2C-E. Appearing in the mid-1980s just as MDMA was prohibited in the United States, the use of 2Cs grew widely, as did the overdoses. In 2011, the documented deaths from 2C-E use began. It is thought of as a recreational drug that is fun to use in music clubs, but the potential of abuse is very high. 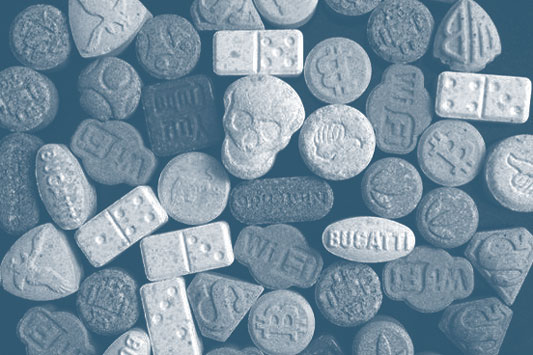 2C variations are Schedule 1 drugs created widely in secret locations. Also known as 2C-phenethylamines, the scientific name of 2C-E, the most common of the 2Cs, is 2,5-dimethoxy-4-ethylphenethylamine. The user may feel energized, experience hallucinations or both. 2C-B, a member of the family of 2Cs, is both a hallucinogen and mild entactogenic. Though they are most commonly sold in white powder either in baggies or gel caps, they are sometimes sold as tablets.

Why Is It Popular?

Some of the effects that make these a popular drug choice for dance clubs are the way that movement is perceived. 2C-B creates an illusion of sight and sound called “synesthesia,” where colors and music have animation and patterns. A movement of the hand creates the illusion of a light trail behind it. While similar to MDMA, users report that the hallucinations are more vivid, and there is less mental confusion associated with its use as compared to MDMA.

All the 2Cs have different dosages, side effects, onsets and durations. For 2C-B, the effects take from 30 minutes to 2 hours to take effect and usually last for 4-6 hours. Users of 2C drugs report that they experience more intense emotions and heightened senses. They tend to feel a deeply personal connection to their surroundings and can be very affectionate. It is easy to see why people who may otherwise feel disconnected find these drugs appealing.

What Are the Side Effects?

Though it doesn’t appear that 2C family of drugs are addictive in the classic sense, some, like 2C-B is extremely dose sensitive, meaning that overdose is extremely likely. According to the particular drug in the 2Cs, side effects could vary. The most common are:

In lower doses, 2C-E can have an energizing, stimulant effect. Hallucinations are significant when ingesting over 10 milligrams. The impact on the central nervous system is dangerous, causing unpleasant side effects or even death. At least one death was a case of mistaken identity where a young woman thought she was taking LSD instead of 2C-B.

Signs of overdose can include severe agitation, aggression, violence, seizures, and hyperthermia and have all been present in fatal cases. Unfortunately, there is currently no known antidote for an overdose of 2C drugs. The main focus of emergency treatment is reducing the body temperature, increasing fluid intake and rapid sedation.

Patients are usually treated by keeping them quiet and comfortable while monitoring for signs of seizures. Intravenous lines are established and cardiac monitors are used. In some cases, patients have been put on a breathing machine. With no way to tell what may be combined with the illicit substance, pharmaceutical treatment has its own risks.

For more information on the dangers of 2C drugs and the signs of abuse, contact Clean Recovery Centers. They not only treat the symptoms of addiction, but they work to address the underlying causes that lead to drug or alcohol abuse.