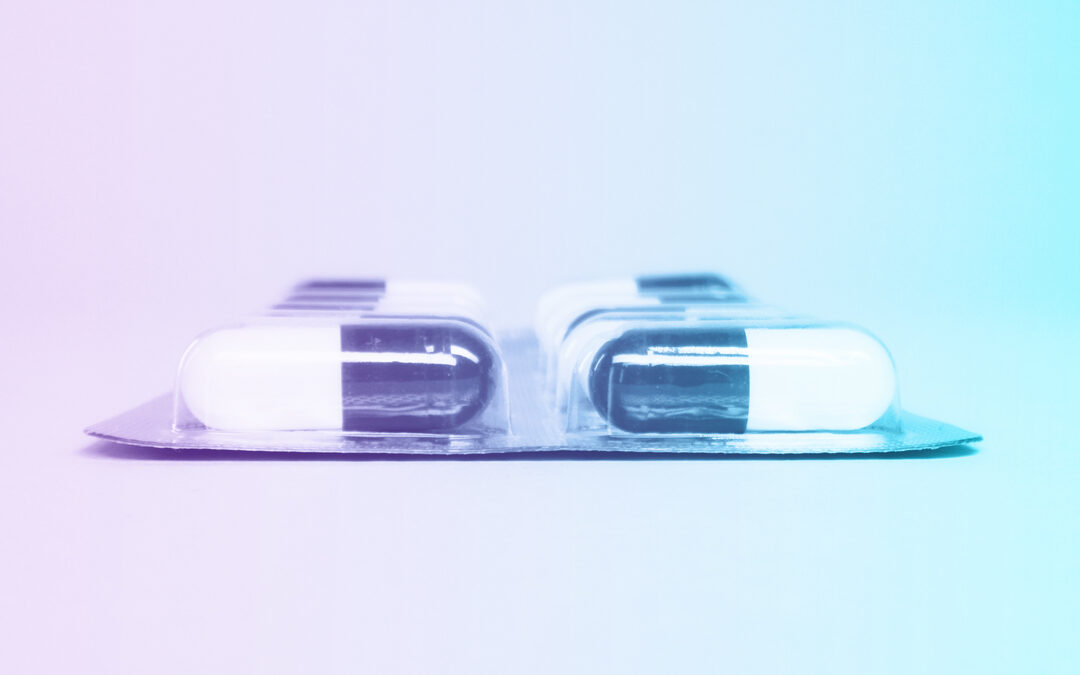 Librium is a brand name for chlordiazepoxide which is one of many medications in the benzodiazepine class of drugs. The Librium brand name no longer exists but the generic medication is still prescribed.

Chlordiazepoxide is used to relieve anxiety, provide mild sedation, and assist with alcohol withdrawal symptoms. The FDA has classified chlordiazepoxide and all benzodiazepines as schedule IV controlled substances. 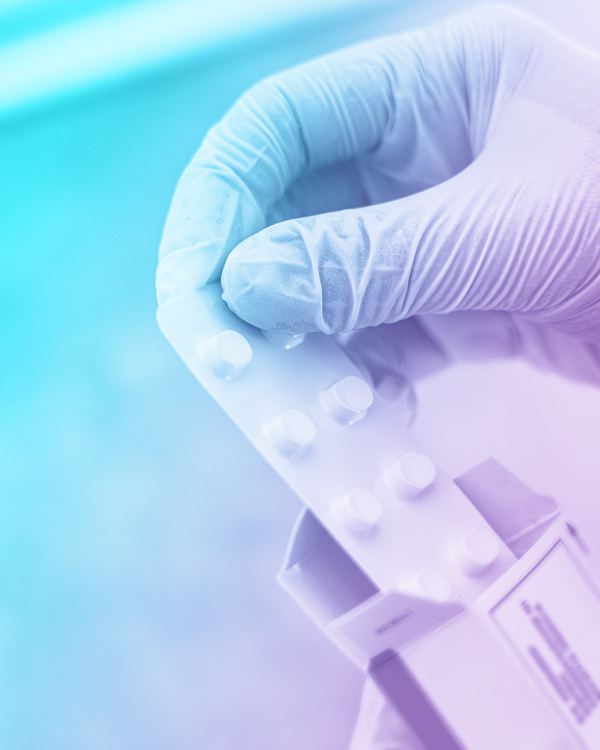 Benzodiazepines are central nervous system depressants that have a sedative and tranquilizing effect. They are one of the most commonly prescribed medications and are used for a wide variety of conditions. They are most frequently utilized to alleviate anxiety, but are also prescribed for the following purposes:

While highly effective when taken as prescribed, benzodiazepines are dangerous when used incorrectly and carry the risk of becoming addictive.

Benzodiazepines enhance the effect of gamma-aminobutyric acid in the brain. Also known as GABA, this naturally occurring chemical suppresses brain activity and has a calming effect on the nerves. By increasing the effects of this neurotransmitter, benzodiazepines like Librium calm anxiety, increase relaxation, and sedate the mind and body.

While there are many different types and brands of benzodiazepines, they all fall into just three categories:

While the basic function of all benzodiazepines is similar, the variances in onset time and duration of effects make certain medications more useful than others for specific needs. For example, a patient with a panic disorder benefits from a fast-acting medication while someone looking for sleep support may find a slower-acting medication with a longer duration period more effective.

The FDA has approved chlordiazepoxide for adult use to address mild to moderate anxiety disorders, symptoms of alcohol withdrawal, and anxiety before medical procedures. It is also approved for pediatric use in children who are at least six years old.

The National Center for Biotechnology Information reports that chlordiazepoxide is rarely discontinued due to side effects and that common side effects are mild. Serious issues with this medication are frequently due to dosage issues or misuse. NCBI supports the FDA’s dosing guidelines:

Due to potentially fatal drug interactions and the possibility of developing a dependence on any benzodiazepine, they are not typically a medical professional’s first choice of treatment when other options are available.

Drugs.com reports that chlordiazepoxide has 391 major or moderate interactions with other drugs. This makes it crucial that patients who are prescribed this medication report any other prescription or OTC drugs they are taking to their physician. Additionally, patients need to be vigilant about any medications they use after they begin taking chlordiazepoxide.

Some medications cause potentially serious or fatal interactions with chlordiazepoxide. These are combinations that should be avoided entirely or merit close supervision of a medical professional.

The intentional or accidental combination of opioids and benzodiazepines is very dangerous. This can cause severe sedation, fatal suppression of respiration, and impaired cognition.

The National Institute on Drug Abuse reports that 16% of opioid-related overdose deaths are caused by combining benzodiazepines like chlordiazepoxide with opioids. NIDA states that combining these drugs increases the likelihood of death due to opioid overdose by a factor of 10.

Patients often think of illegal street drugs such as heroin in association with opioids, but many commonly prescribed medications contain opioids as well. Common pain medications such as hydrocodone and morphine and prescription cough medicines with codeine all contain opioids.

It is a mistake to think that because many supplements are natural substances, they do not interact with medications. In addition to reporting any medications you are taking to your doctor, you should report any supplements as well.

Other supplements, such as St. John’s Wart, can decrease the effectiveness of prescription medications. Even some foods, like grapefruit, can negatively interact with chlordiazepoxide, delaying efficacy or interfering with the breaking down of the drug.

Alcohol and benzodiazepines are both depressants. They have similar side effects and are eliminated from the body through the same pathways. Taking them together will magnify the side effects of both drugs. It can also overwhelm the liver, making it difficult for the liver to detoxify the body which increases the potential for an overdose.

Like opioids, mixing alcohol with benzodiazepines can occur intentionally or accidentally. Individuals may intentionally mix these two drugs in order to enhance their effects and experience a euphoric episode. This is considered drug abuse and can have serious consequences physically and legally.

It is also possible that patients are unaware of the danger of mixing these drugs and do so accidentally or without understanding the consequences. This is why it is essential that any medical professionals who prescribe benzodiazepines ensure that patients are well-educated about the risks involved with taking these medications.

Who Should Avoid Librium?

While chlordiazepoxide specifically, and benzodiazepines generally, are highly effective medications for a wide range of uses, they are not for everyone. There are situations in which these medications are contraindicated. In these cases, doctors should pursue medication alternatives and patients should avoid being prescribed benzodiazepines.

While it is not unheard of for benzodiazepines to be used in conjunction with anti-depressants for certain types of depression, it is not a common occurrence. Chlordiazepoxide in particular is rarely used in patients with depression as it can precipitate suicide ideation and intensify the symptoms of major depressive disorder.

Chlordiazepoxide has a sedating effect and is known to slow respiration. For this reason, it is not advisable for patients with known respiratory deficiencies such as these:

As such patients are already experiencing suppression of respiratory function, adding benzodiazepines to their treatment regimen could depress respiration further leading to hypoxia, coma or death.

Porphyria is a group of complex disorders that affect the body’s ability to produce heme. Heme is essential to the production of hemoglobin, which allows oxygen to be carried to blood. Some benzodiazepines, including chlordiazepoxide, are suspected to cause the development or exacerbation of porphyria attacks.

The American Addiction Center recognizes that all benzodiazepines are capable of crossing the placenta barrier in the womb. Additionally, it is known that small amounts of benzodiazepines are secreted in the breast milk of nursing mothers. It is accepted knowledge that these medications affect fetuses and nursing infants.

The FDA ranks the effect of medications on pregnancies with ratings of A, B, C, D, and X. The Department of Health and Human Services details the fact that some benzodiazepines, including chlordiazepoxide, have a D rating. This rating indicates that these medications are known to cause fetal health risks, but there may be instances when the benefits of using them outweigh the risks.

HHS further details that some benzodiazepines, including flurazepam, temazepam, and triazolam have received an X rating from the FDA. This indicates that studies have shown these medications to cause fetal abnormalities in humans or animals. The risks involved in using these benzodiazepines during pregnancy are too high to justify and they are contraindicated in this instance.

Is There A Risk of Dependency?

However, the National Institutes of Health has not minced words in its assessment. NIH clearly states that any patient who has taken benzodiazepines for longer than a month is likely to experience withdrawal symptoms and benzodiazepine dependency is widely recognized.

What Are the Signs of Librium Addiction?

Many of the symptoms of benzodiazepines addiction or dependence are common to other addictions. If you’re concerned about yourself or a loved one, here are some questions to ask to help determine if it’s time to seek help.

Have you developed a tolerance for the medication? If you no longer get relief from the same dose and find yourself needing to request increases regularly, this is a sign of increasing tolerance and growing dependency on the drug.

How do you feel if you don’t have access to the medication? A delayed refill or the realization that you don’t have your medication on hand when you need it can be frustrating for anyone. However, if it arouses stronger feelings of desperation or anger, affects your behavior in negative ways, or causes you to be unable to function, there is a reason for concern.

Do you want to cut back on the medication but can’t? If you find yourself unable to function normally if you don’t take the medication or if your doctor reduces your dosage, this is a clear sign that you have become dependent and you should speak with your practitioner about it.

Do you find yourself engaging in risk-taking behaviors? Driving while under the influence, loss of inhibition, confrontational behavior, or emotional dysregulation are red flags.

Are you supplementing your medication with other meds or substances? If your medication is no longer addressing its original purpose or seems ineffective and you begin to supplement with other legal or illegal substances to manage your symptoms or to feel high, this is a dangerous indication of addiction. Mixing benzodiazepines with other depressants or sedatives can lead to serious consequences and even be fatal.

Recognizing that you have an addiction to or dependency on chlordiazepoxide or any benzodiazepine is only the first step. Recovery must be handled carefully. Stopping cold turkey can lead to life-threatening withdrawal symptoms. You need to engage in safe and supervised detoxification and then embark on a guided recovery that will help you move forward with your life.

At Clean Recovery Centers, our Three Phase Approach can help you on your journey. We offer a medically supervised detoxification process to assist you through withdrawal. Our treatment program will support you 24 hours a day as you benefit from counseling and learn the skills you need to succeed in recovery. Finally, you’ll receive continued guidance and support as you transition back into your life.

Contact us today and take your first steps on the road to recovery. We understand where you are. We can help you get where you want to go. Let’s take this journey together.