Understanding the Link Between Unemployment and Drug Addiction 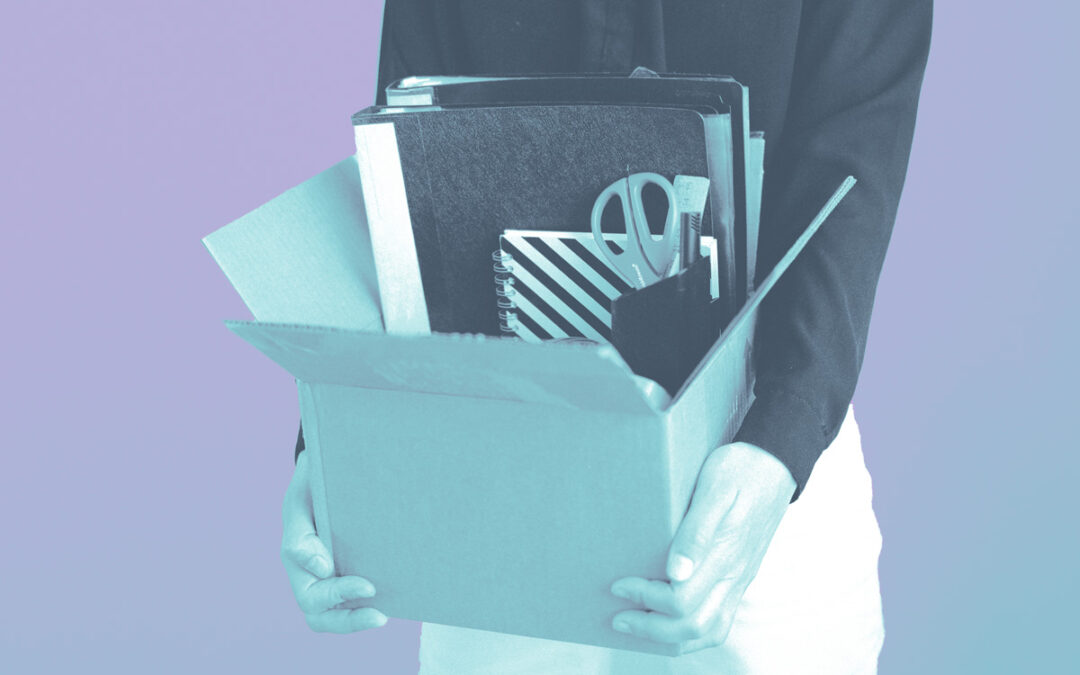 Understanding the Link Between Unemployment and Drug Addiction

What Is the Link Between Stress, Unemployment, and Drug Addiction?

A 2015 study published by The American Psychological Association showed a link between personality changes and unemployment, separate from those occurring naturally throughout a lifetime. Researchers hypothesized that the stress and depression associated with unemployment negatively influence the five personality factors, which are: 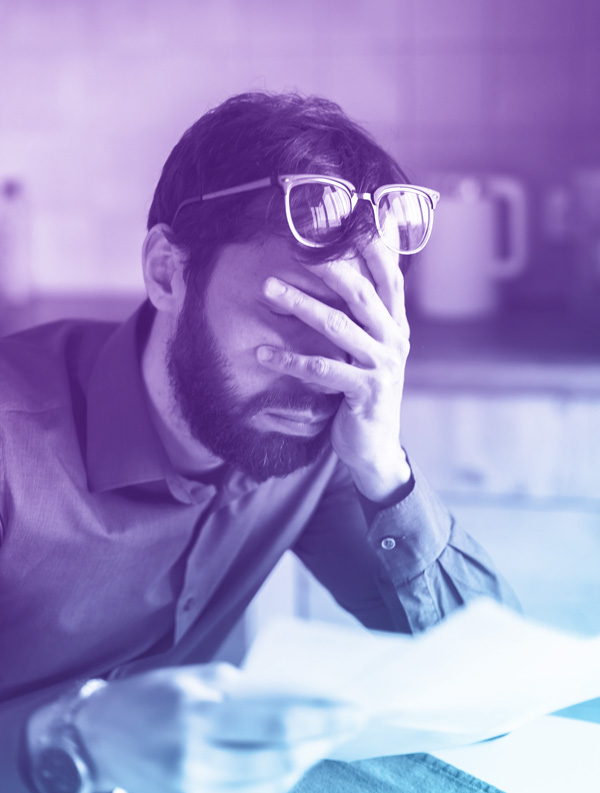 Well-documented studies propose a link between personality traits and drug addiction. For example, the 2015 APA study and others show that chronically unemployed individuals consistently score lower for all personality traits except neuroticism, for which they score higher. This evidence gives credence to the supposition that unemployment can inspire and exacerbate addictive behavior because individuals who experience both tend to score similarly for these traits.

In addition, according to a study conducted by The Centers for Disease Control and Prevention, as of June 2020, when employment began to decline in record amounts, the incidence of adverse mental health conditions leading to substance abuse increased among American adults. Young adults, essential workers, and unpaid caregivers, in particular, reported experiencing more clinically significant anxiety levels, suicidal ideation and drug use than any other group.

Why Does Unemployment Promote Drug Addiction?

A rise in the number of addicts seems to coincide with the drastic changes in the job market resulting in widespread unemployment. However, drug addiction spikes during this period occurred among both unemployed and employed individuals, proving that stress is a common link. For example, unemployed people feel pressure to support their families, cover their living expenses, and pay for health care, with no permanent solution in sight. Those employed by companies that cut their workforces find themselves taking on additional workloads and longer hours, often with pay cuts. Both groups share the stress of unemployment.

Significant real-time evidence supports the cause-and-effect relationship between stress due to unemployment and increased drug use. For instance, an Overdose Detection Mapping Application Program count for June 2020 of fatal and non-fatal overdoses indicates parallel increases in the number of unemployed individuals and reported overdoses nationwide.

Analyzing the specific ways unemployment contributes to addiction may lead help to provide solutions for breaking the link.

Most people regain employment soon after losing a job; however, the unprecedented global crisis has forced once-thriving businesses to shut down for the long term or permanently. The result is simultaneous and widespread unemployment of millions of people who, in many cases, live from paycheck to paycheck, even during better economic times. For others, an abrupt change in employment status can profoundly affect their personality, leading to neurotic thinking patterns that inspire addictive behavior.

Furthermore, unemployed individuals no longer enjoy the daily social interactions their jobs provide. Those who remain employed may experience unhealthy workplace relationships due to the strain of taking on new and additional roles their recently unemployed colleagues leave behind.

Various studies, including one conducted by the University of Miami sociologist Michael French, conclude that a high percentage of unemployed individuals with a sudden availability of free time turn to drugs to fill the voids in their days. Moreover, despite a loss of income, these individuals are more inclined to allocate their money to purchase recreational drugs to help them feel better about their circumstances.

Some economists predict that the long-term effects of the pandemic-induced recession will include a 49% increase in homelessness by 2025. Many low and mid-income workers throughout the nation rely upon most of their paychecks to pay for rent and other fixed living expenses. When these individuals find themselves unemployed, they face eviction or foreclosure, which puts them out on the streets and exposes them to drug culture. Taking recreational drugs fills vast pockets of time and provides stress relief. Unfortunately, homelessness dramatically reduces potential job prospects, making habitual and addictive drug use more likely to occur.

Individuals who find themselves living on the streets can become desperate for a source of income to secure housing for themselves and their families. However, most homeless people are unlikely to find traditional employment without a permanent address, even in a recession-free economy. However, with a preponderance of drug use among the homeless, individuals living on the streets can find jobs selling drugs, promoting addiction for themselves and other homeless people.

How Can Drug-Addicted Individuals Transition From Unemployed to Employed?

Although there is growing evidence that unemployment is a leading cause of first-time drug use and addiction, there is well-documented evidence that addictive behavior makes finding and keeping a job more challenging. For example, a 2019 study published in the European Journal of Epidemiology concluded that individuals addicted to alcohol face a significantly lower probability of reintegrating into the workforce following unemployment than non-dependent individuals, putting them at a particular disadvantage during a recession. Unfortunately, many employers are also reluctant to offer jobs to recovering addicts, especially during an economic downturn, due to prejudice about:

Still, employment can be one of the more valuable antidotes to address drug and alcohol addiction. A systemic approach can help achieve this, even during a recession.

Some states have started implementing programs that can help drug addicts or users reintegrate into the workplace. For example, New Hampshire’s Recovery Friendly Workplace initiative provides funding for employers to support existing employees recovering from addictions and provide job opportunities for recovering addicts. Also, during a recession, government funds that subsidize wages for recovering drug addicts can be a win-win for businesses facing lower revenues and individuals struggling to find employment opportunities.

The Employment and Training Administration initiated the Opioid Disaster Recovery Dislocated Workers Grant program in 2019 to support professional training to address the needs of addicted workers. A primary goal is to promote their recovery and help them develop marketable skills.

Is Employment The Best Answer for Recovering Drug Addicts?

Although unemployment features prominently in the overall picture of drug use and addiction during the pandemic and ensuing economic downturn, restoring employment opportunities will not make the problem go away. Unfortunately, even those workers who return to their traditional work environments continue to engage in the addictive behaviors they developed during work furloughs or even while working from home. As a result, drug addiction consequences make their way into work settings, even where they did not previously exist.

Employers must remain aware of their employees’ possible drug use and not stigmatize them for it. Instead, those that offer employee assistance programs and sensitivity training can help struggling workers navigate their way out of addiction without fueling it with the burden of worrying about job security.

What Are the Available Treatment Options?

The link between unemployment during the recent pandemic or any economic downturn and excessive drug use is increasingly evident. Conversely, drugs use can lead to unemployment. Breaking this cycle is particularly challenging but possible when social distancing is in place. For example, federal regulations facilitate access to methadone and buprenorphine medications for opioid addictions by lifting the in-person requirements for obtaining prescriptions. In addition, various recovery services are available online or through in-person treatment facilities that continue to provide services while undertaking strict safety protocols.

Addiction recovery is an ongoing process that requires dedication and social support. Contact us to learn more about the additional services we offer following the successful completion of our core program.