How Long Does it Take To Develop an Addiction? 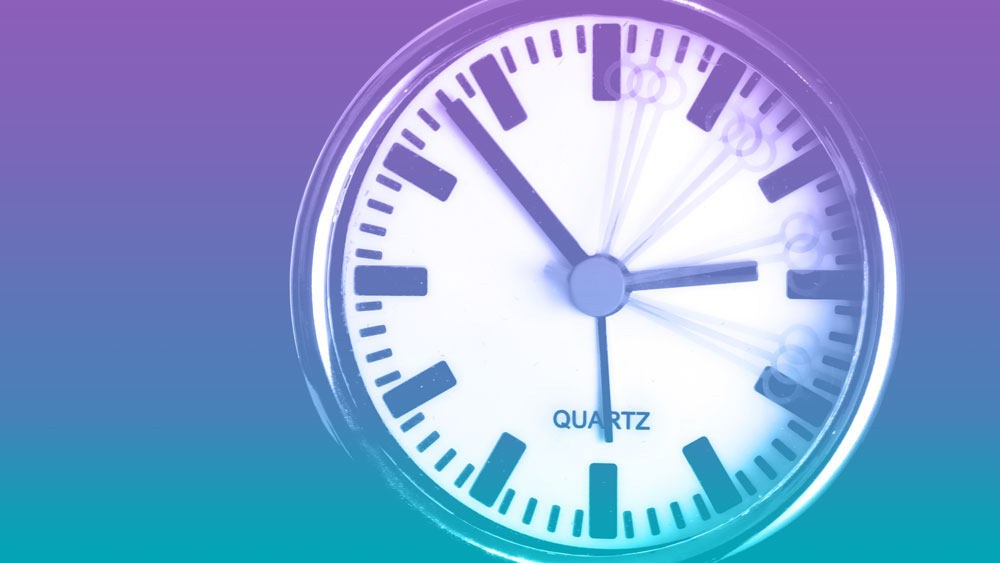 How Long Does it Take To Develop an Addiction?

You may have heard that certain drugs are more addictive than others, or someone may have told you that some drugs are not addicting at all. You may have even witnessed someone using drugs recreationally who didn’t seem to be addicted to what they were taking. What is true, what is not, and just how easy is it to get addicted to drugs? The information here will help you navigate what can be a confusing topic.

Drugs, Addiction and the Brain

Think of your brain as a computer. Your brain consists of circuits and networks of neurons that send and receive messages to perform every function you do. Neurons send messages by releasing neurotransmitters, which carry the message to other parts of the network. Endorphins and dopamine are two examples of neurotransmitters that cause a euphoric sensation, reinforce behavior that leads to that sensation, and are manipulated through drug use.

If your brain is a computer, then drugs are computer hackers. Some drugs, like heroin and marijuana, are like Trojan horses that masquerade as neurotransmitters. Stimulants, on the other hand, act more like viruses that replicate, causing the release of abnormally large quantities of natural neurotransmitters. Different types of drugs impact the brain in different ways, but every drug impacts brain functioning and some, especially with repeated use, can have long-term effects.

The Law of Diminishing Returns

The law of diminishing returns is the point at which the benefit derived from something is less than the amount invested. In the brain, this is demonstrated by the increased amounts of drugs required to produce the same effect. At some point, the brain may produce fewer of its own neurotransmitters, which can result in the inability to experience pleasure in general life experiences as you once did. It can also form strong bonds in the brain that trigger the desire to achieve the high, which decreases in its intensity over time, and prioritize and repeat the drug use over healthier activities.

Whatever the timeline may be, there are signs that may indicate drug addiction. Although not all-inclusive, here are some of the signs:

The process of addiction, the time it takes to become addicted, and the impact of drugs on the brain can occur with one use or with repeated use. Some may be able to use certain drugs without developing an addiction. The type of drug used, the frequency of use and the genetic make-up of the individual are some of the factors that play a role in drug addiction. 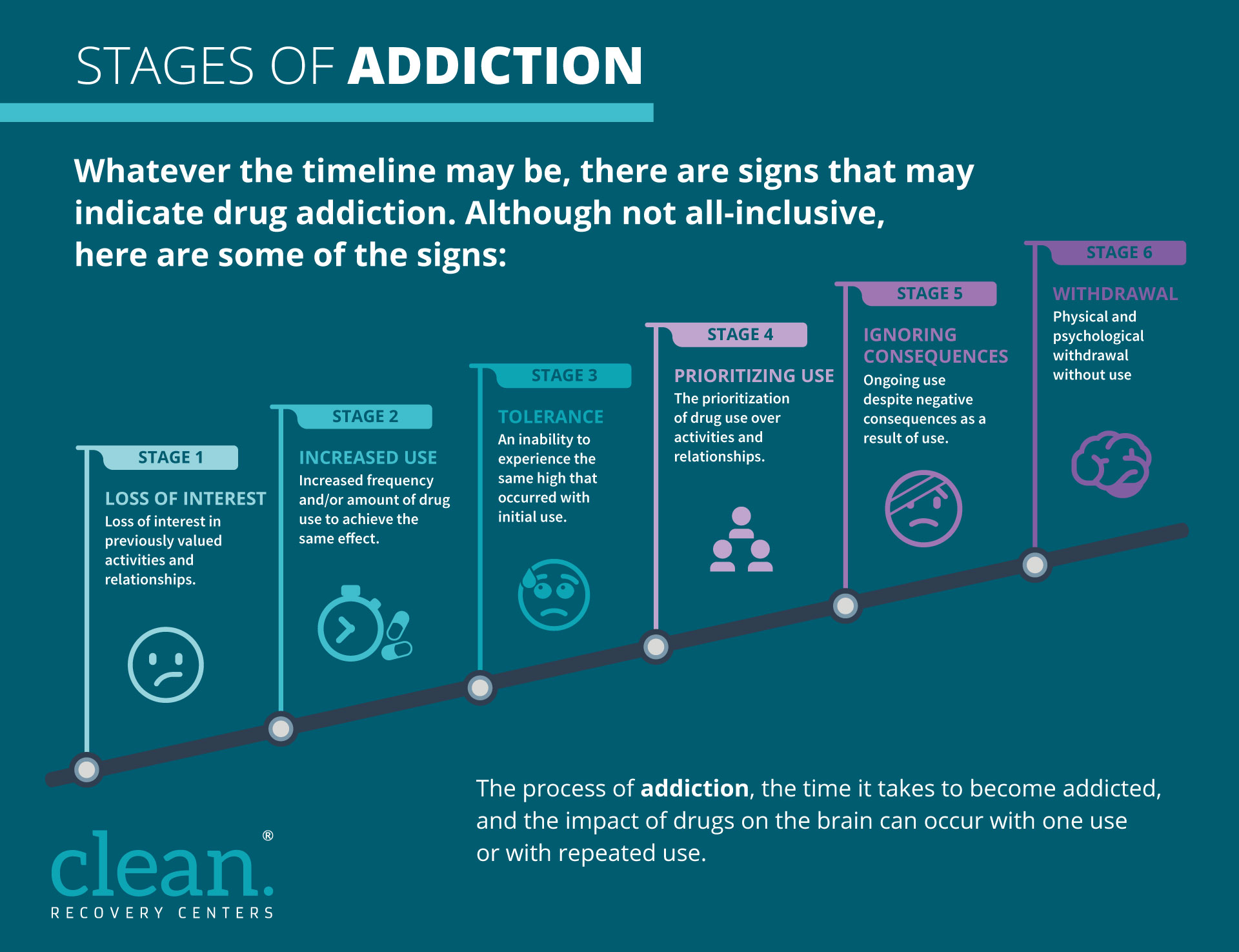 Just as drug use can alter your brain, recovery can rewire your brain, too. Healthy lifestyle choices and relationships along with discontinued use of the drug can positively impact brain functioning over time. It is never too late. Contact Clean Recovery to learn about our innovative therapeutic and recovery interventions and how they can help you or your loved one.

Infographic: How Long Does it Take to Develop an Addiction?

View the full Infographic about the timeline, stages and signs of a developing addiction.