Beware of the Kindling Effect 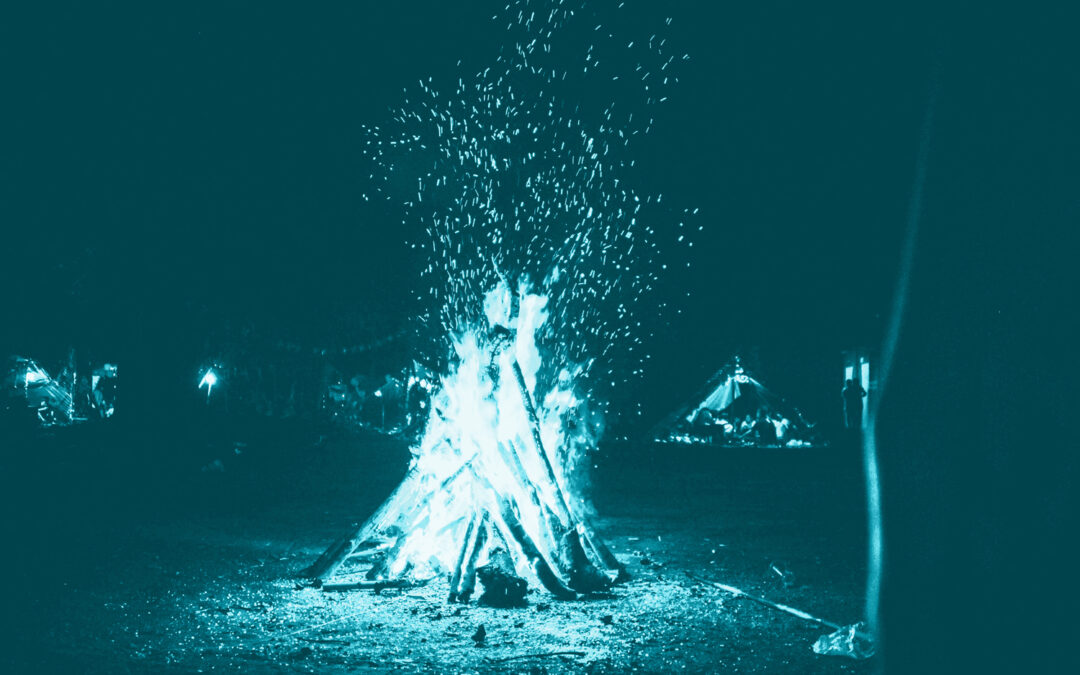 Beware of the Kindling Effect

The kindling effect occurs when a person goes through repeated alcohol withdrawals, and the symptoms become more severe with each relapse. The name is derived from materials used to start a fire. The more kindling added the fire burns hotter and faster. The same is true for alcohol withdrawal, with subsequent detoxes the symptoms grow in severity and intensity.

Alcohol rehabilitation programs are an important part of the recovery process. As many as 60% of recovering addicts will relapse. Treatment must be tailored to the specifics needs of each individual, so there is a greater chance of preventing future setbacks. People who experience numerous withdrawals have overall health complications, and, more specifically, face greater neurological risks. It is important to understand the kindling effect and why it is progressively detrimental to a person’s well-being. 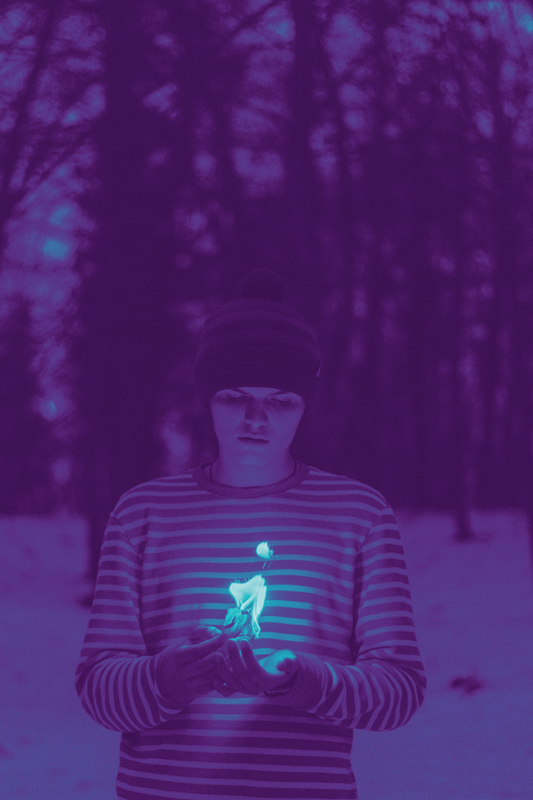 How Does the Kindling Effect Work?

Each time a person attempts to quit alcohol use and starts to drink again, the body is more sensitive to the changes. Symptoms become pronounced and chemical reactions take place in various systems. The brain is particularly susceptible to chemical imbalances because the inhibitory neurotransmitter GABA, which blocks certain brain signals and calms the nervous system, floods the brain during drinking binges. When this process suddenly stops due to withdrawal, healthy neural responses are affected. Over a period of time, these interruptions to normal neurotransmitter and synapse functions can result in seizures, delirium tremens and other health concerns. People who do not receive supervised medical treatment are vulnerable to future kindled episodes.

Why Does the Kindling Effect Occur?

This phenomenon was first discovered in 1967 by Graham Goddard, a neuroscientist, as he tested the amygdala in lab mice. Repeated electrical shocks to the region caused seizures. Over time the rats developed seizure disorders, but as the testing progressed it took much lower levels of stimulation to cause the convulsions. This meant a threshold was reached where seizure activity occurred almost spontaneously.

People going through alcohol withdrawal experience the same trauma of repeated stimulation to the brain. Eventually, the brain begins to react with greater sensitivity to the effects of continued alcohol misuse. This pattern causes the kindling effect where withdrawal attempts are increasingly harder to achieve as neurological problems gradually intensify. This behavioral loop, exacerbated by chemical changes, becomes a chronic condition without intervention and focused treatment protocols.

Who Is at Risk?

People who cycle through withdrawal and relapse episodes a number of times are at risk of experiencing the kindling effect. These are some issues that cause people to have multiple withdrawals:

The progression is a vicious cycle of use and withdrawal making each time harder for a person to avoid serious outcomes. Oftentimes, alcohol use becomes more aggressive and this aggravates health problems.

Why Kindling Effect Is Serious Problem?

Multiple withdrawals change kindling effect susceptibility concerns for most addicts. The more you abuse alcohol and then stop perpetuates changes in your body chemistry. Unsuccessful attempts to detox leave individuals at a higher risk of relapsing. People are left with alcohol cravings, which could be the reason long-term issues with alcoholism are prevalent.

Drinking has serious effects on the central nervous system. It depresses brain chemicals that slow brain functions. When drinking ceases and healing begins, the CNS often overcompensates with extreme excitability. This manifests in intense withdrawal symptoms that become more severe with subsequent relapses.

What Effects are Caused by Kindling?

The kindling effect is a progressive problem that increases the discomfort of people who stop drinking. This condition has several phases of physiological and emotional changes. Here are the five initial signs of kindling:

These issues contribute to relapse as individuals are likely to self-medicate because their emotions and disconcerting thoughts complicate daily life. The physical issues related to withdrawals and relapses can eventually lead to seizures. These typically happen within 24-48 hours after the last drink is consumed. They can take the form of tonic-clonic (or grand mal) seizures that cause convulsions and loss of consciousness. Long-term effects of kindling can also trigger delirium tremens. These can be life-threatening events. DT symptoms are sudden confusion, poor mental functions and body tremors.

A national research study on men with chronic alcoholism hypothesizes that treatment with anticonvulsant therapy should be considered for individuals with a history of prior withdrawals and detoxification. Men with seizure disorders during detoxification were likely to have them in future readmissions. In this multi-state study, researchers concluded that the kindling effect appeared in a large group of men suffering from chronic alcohol abuse.

Do Other Substances Cause the Kindling Effect?

Substances such as benzodiazepines and sedatives can cause kindling. Neurochemical changes that happen rapidly activate the condition. It is important to know that mental health conditions, such as bipolar disorder and depression, also produce this phenomenon. Since persons with alcohol addictions may also have mental health issues, it is essential to have medical and mental health assessments to determine the best course of treatment.

What Does This Mean for Alcoholism Treatment?

Long-term abstinence from alcohol and drugs helps people overcome the kindling effect. This allows time for new brain cell growth. Neuroplasticity of the brain permits healing along the neural network, including the neurotransmitters and synapses damaged by alcohol abuse. Adopting a healthy lifestyle is equally important because a nutritious diet, regular exercise and proper sleep give the body the time it needs to purge toxins and revitalize body systems.

After withdrawal, it could take weeks before the brain improves due to the effects of alcohol impairment. As dependency ebbs, emotional triggers, stress and old coping mechanisms can initiate relapses. Detox is not enough to overcome the kindling effect. Novel approaches to the condition suggest that it is crucial to decrease the cumulative effects of neurotoxicity. It is also necessary to limit the severity of disease from multiple withdrawals and relapses.

The kindling effect has no cure. Treatment revolves around symptom management and relapse prevention. Since neurological and other health issues pose serious health concerns, medical detox is an important aspect of recovery. It is also necessary to detox effectively before beginning aftercare treatment, so the chance of long-lasting sobriety is achievable.

Keeping patients safe and providing effective solutions to reduce emotional stress is vital to help them reach treatment objectives. Therapy and medication are used to manage depression, anxiety and withdrawal symptoms. Medicines could be needed to prevent seizures.

Why Choose a Person-Centered Recovery Program?

Person-centered care options are important tools for taking control of your addiction and your life. This treatment model allows you to choose the scope of services you want to receive. A program that offers focused care is respectful of individual preferences, cultural and social influences and personal needs. You choose the framework for your recovery, which is an important step in the wellness process. A program that focuses on you as an individual will help build your resilience, promote your recovery, and, most importantly, give you a voice in your own journey.

A Recovery Programs That Changes Lives

Recovery is often a difficult first step for a person with alcohol addiction. If you feel hopeless about the recovery process, it is essential to find a program that treats your specific personal issues related to alcohol use. Holistic treatment that emphasizes physical, mental, social and spiritual well-being is a step in the right direction.

Clean Recovery Centers offers comprehensive programs that focus on whole-person wellness. We understand that it takes consistent support and guidance to navigate long-term recovery. Our three-phase recovery flow helps you get clean, live clean and stay clean. Contact us today to learn more about our unique and effective treatment approach and get the help you deserve.