5 Things I Learned During Addiction Treatment

5 Things I Learned During Addiction Treatment

I didn’t want to go to treatment. Who does? I couldn’t grasp the concept of being away from my drug of choice and how I would survive without it. I was in the depths of despair and I didn’t think there was a way out. Treatment seemed long and difficult and I had a million and one excuses and/or reasons as to why it wasn’t time to go. I kept putting treatment off. I thought that I was the one case in which I would never be able to change. The truth is that treatment allowed me to change so much. 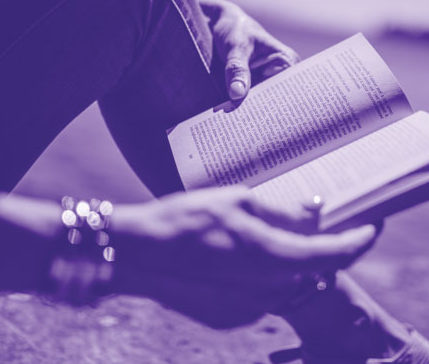 By Lara Fraizier
1. I Am Not Alone
The best thing I learned during addiction treatment is that I was not alone. I was not alone in my feelings, my emotions, or my experiences. Addiction can tear anyone apart. It doesn’t matter where you came from, how you grew up, how much money your parents had, or even how much you were loved. Addiction effects all people from all different walks of life.

I remember walking into my first treatment center and being absolutely terrified. When I learned what people were detoxing from – I became overly concerned and thought that I didn’t belong there. I had never done heroin or meth or many of the illicit drugs that others were addicted to. However, the first night I was in treatment, I attended a meeting and I listened to a man who had been addicted to cocaine and ended up in prison for seven years. He was talking about his addiction in the same way I felt about my own. I had no idea that other people felt the same way I did about drugs. It allowed me to take comfort in the fact that other people hurt in the same way I did. It also provided me hope that if this man could recover, so could I.

During treatment, I participated in many group therapy sessions. The sessions varied from topics like relapse prevention to life skills. We would discuss the topic with each other and we would support each other by coming clean and telling our truths out loud. I had never said most of the things I said in treatment before. When I admitted to being terrified, when I talked about my mistakes and regrets, and when I opened up about my past – the community supported me. I was not alone.

2. I Suffer From A Disease

Addiction is a disease. It is not a moral failing. For so long, I thought that my moral compass had failed me. I thought of myself as a disgusting person who didn’t deserve respect. I couldn’t look at myself in the mirror because I was so upset with the person I had become.

When I was taught about the disease theory, I began to have more compassion for myself. I learned that overtime, I lost the ability to make rational decisions and using drugs was no longer a choice. I learned that my habitual use soon became an obsession in which I had no control over. I also learned that I deserved treatment for my addiction and that I couldn’t stop on my own.

3. My Addiction Effects Everyone Around Me
Addiction can blind you of your ability to focus on anyone, but yourself. I had no idea how much my addiction had effected my friends and family. I thought I was the only one who was suffering. I didn’t realize that my behaviors and actions had put so much stress on the people I loved. They say that addiction is a family disease. During treatment, my family was able to tell me how my addiction affected them. They also told me how my friends were thinking of me and wishing me well. I learned that people still loved me even throughout my drug addiction. This gave me hope that I could be forgiven for all my mistakes.
4. Recovery is a Lifelong Process
In treatment, I learned that addiction is not curable and just as it has the potential for remission, it also has the potential to start back up again. In learning this, I was provided with a number of resources I could utilize outside of treatment that would help me maintain my recovery. I learned about 12 step groups – including AA and NA. I also learned about counseling, therapy, and other holistic tools that could be utilized in my recovery such as meditation, yoga, and prayer. I was told to take my recovery one day at a time. This way I didn’t have to focus on the rest of my life, I only had to focus on today.
5. Why I Became Addicted
Many people believe that addiction originates from trauma. Trauma can vary in intensity from a major life event, like losing a loved one, to a number of small instances that create their own trauma. I was able to create an outline of my past and talk about my previous experiences in a safe and comforting environment. I didn’t understand why someone like me would become addicted. But, when I learned the role of trauma in addiction, I began to understand my addiction in a better way. There are various reasons as to why addiction might occur in one person over another. The more I was able to understand my past and what led me to my addiction, the more I was able to heal.